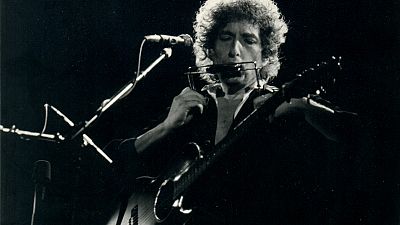 A unique recording of the Bob Dylan classic 'Blowin in the Wind' has sold for £1.5 million (€1.7m) at a Christie's auction in London. And unfortunately, you will most likely never be allowed to hear it.

The release is a special, one-of-a-kind recording which will never be released to the public and now belongs to an anonymous buyer.

The sale could prove a monumental moment for the music industry, prompting more artists to sell exclusive songs in the fine arts market, in order to cope with falling CD sales and the lack of revenue generated from streaming services.

Dylan recorded the track in 2021 with his long-time collaborator, the multi-Grammy winning producer T Bone Burnett, making it the first studio version of the song since 1962.

The song is presented on a lacquer-coated aluminium 'Ionic Original' disc, a new technology developed by T Bone, which claims to be much better sound quality than vinyl.

"The sound quality is utterly amazing. You hear his voice in a texture that you just can't get in any other format. And it's a much older Bob Dylan, it's 60 years after he first recorded it in July of 1962," says Peter Klarnet, Vice President and Senior Specialist for Americana Books and Manuscripts at Christie's.

The auction marks the 60th anniversary of Dylan's recording career and the release of his self-titled album.