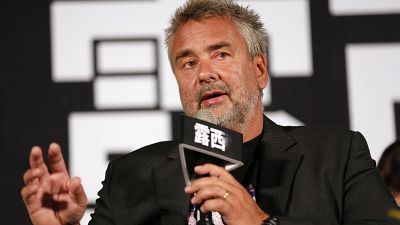 Director Luc Besson speaks to the media during a press conference for his movie "Lucy"   -   Copyright  Wally Santana/AP
By Jonny Walfisz  with AFP  •  Updated: 25/05/2022

The French Court of Appeal confirmed today that it has dismissed rape accusations against filmmaker Luc Besson.

Besson is best known for directing the films “The Fifth Element” and “Léon: The Professional”, but in 2018 was one of the biggest names embroiled in France’s #MeToo movement.

Prosecutors initially dropped that case in February 2019, but a new investigation was opened when Van Roy brought new charges.

Van Roy’s initial rape charge was filed just hours after meeting Besson in May 2018. She then filed another complaint two months later for other alleged rapes and sexual assaults.

At least three other women have made allegations of sexual harassment against Besson.

Besson has denied all allegations. In 2019, he described the Van Roy case as “a lie from A to Z.”

Van Roy’s lawyer, Antoine Gitton has confirmed that an appeal will be filed on the decision with France’s Court of Cassation.