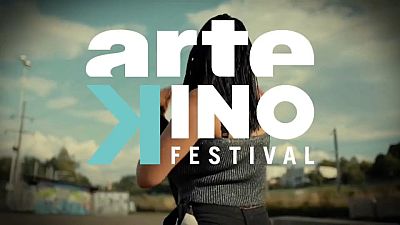 The sixth edition of the annual ArteKino Festival is ongoing with a dozen groundbreaking European movies that are impossible to watch anywhere else but online.

The EU-supported online event offers free screenings of films by young European filmmakers, depicting a wide array of social and contemporary issues to which many Europeans can relate.

December is all about premieres in the movie industry, but the 12 films featured in the festival are not in cinemas and cannot be seen anywhere else.

A press officer from one of the event's partners in Hungary told Euronews why these movies cannot be shown in local cinemas.

"Quite simply because they are special, innovative, unusual, and therefore usually distributors in smaller markets are a bit shy of them. On the other hand, they have had a very nice festival run, so the twelve films have all debuted at an A category film festival," said press representative Ákos Pauló-Varga.

Among the movies showcased, for example, is the work of Serbian director Ivan Ikic, Oasis. The film follows the lives of patients treated in a psychiatric hospital.

Another contender is Another feature is Masha Kondakova's film, Inner Fight, a first-hand account of the war in eastern Ukraine.

Movie lovers can vote online for their favourite choice for the Europeans Audience Award.

The festival, an alternative to the film mainstream, will continue its screening until the end of December, with features in six different languages.