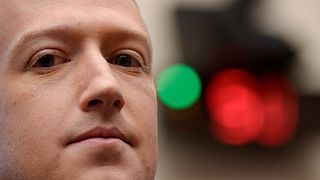 The 88-year-old actress hit out at the 90-year-old actor - who played Captain James T. Kirk in the Star Trek films and TV series - after he became the oldest person to go to space earlier this month.

It's part of a growing trend of celebrities jumping aboard a project that scientists are concerned is harmful to our planet's resources.

She expressed her horror while filming an episode of the UK's late-night Jonathan Ross Show.

"What a fool. Who wants to do that? No, absolutely not! Did you see Bill Shatner? He was in the air and they were turning him upside down."

"Let's take care of this planet first before we start going off," she argued. By contrast, the Hollywood star previously admitted to loving every second of the 11-minute journey.

The actor ventured up into space with former Amazon CEO Jeffo Bezos as a part of the billionaire’s Blue Origin project, which seeks to run commercial space flights.

Space tourism is fast becoming a mark of status for those that can afford it.

As the world's billionaires continue to battle it out to turn it into a fully fledged industry, we ask - who else plans to venture into the stars?

Everybody with tickets for Virgin Galactic

Over 600 people have purchased future tickets to Richard Branson's Virgic Galactic space tourism service. Each ticket is reported to be worth a staggering $250,000 (€214,700).

Branson once aimed for the service to effortlessly explore our cosmos by the late 2010s until he realised it is, quite literally, rocket science. After some setbacks, regular passenger flights - with an even higher fee - are expected to commence late next year under the provision that two test flights go as planned.

"To all you kids down there..." - @RichardBranson's message from zero gravity. #Unity22

Some famous faces reported to have purchased a ticket include:

In fact, several exes have tickets to board the craft together: Brad Pitt and Angelia Jolie, the couple formerly known as Brangelina, purchased their tickets whilst still married. As did theatre producer Andrew Lloyd Webber and his ex, actress Sarah Brightman.

Tom Cruise's penchant for high-risk, stunt-filled acting made him the perfect choice to become the first actor to shoot a movie in space. However, his travel ambitions took quite the turn this month, as he was pipped to the post by a team of Russian filmmakers.

The actor confirmed last year that he would be teaming up with Elon Musk, NASA, and Universal Studios to create a film in space costing $200 million (€171.7 million).

A delay to the project confirmed it won't shoot until 2022, so he'll now be leading the second film to have achieved this.

Had Cruise's project remained on schedule, the pair likely would have been shooting two different films in space at the same time.

The Facebook founder has set his sights on space travel far beyond the Moon and Mars. In 2018, he teamed up with Russian billionaire Yuri Milner and the late Stephen Hawking to form Starshot.

Its destination? Alpha Centauri, an entirely different star system so far away it takes light four years to reach it. Zuckerberg plans to push all known physical boundaries of space exploration by sending a small probe 25 trillion miles into the darkness to see what it finds.

That said, the project is costing hundreds of millions of dollars on research alone and will not come to fruition for at least 20 years. Cynics argue it may never come to fruition.