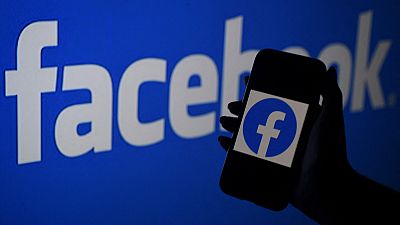 Facebook is reportedly planning to change the name of its holding company within a week, in an effort to be known for more than just its social media platforms.

CEO Mark Zuckerberg is due to make an official announcement at the Facebook Connect conference on October 28th, although it could be before then, according to The Verge, who originally reported the story.

The rebrand signals a focus on the company’s wider ambitions to build the metaverse, which looks to the future of technology through augmented and virtual reality products and services.

It’s a concept that has been accelerated by the COVID-19 pandemic and people’s growing dependency on digital connections with people.

“The metaverse is an always-on, shared virtual space. It’s about being able to dip into deep virtual spaces, like being able to go into a living game, if you like,” Katie Baron, trends expert at trends intelligence agency Stylus, told Euronews Next.

“This rebrand is really about where the future of social media is going,” she added.

The shifting of Facebook’s image coincides with a series of damning reports and whistleblower leaks into its social media user safety, leading to intense scrutiny and a negative public opinion of the company.

Most recently, it was revealed that Britain's competition regulator has fined Facebook £50.5 million pounds (almost €60 million) for breaching an order in it’s purchase of the GIF platform Giphy.

Facebook is still widely associated with the social media platform of the same name, despite launching a new logo for the parent company two years ago. It’s rebrand would follow in the footsteps of fellow tech companies like Google, which named its holding company Alphabet in 2015.

For now, the new name is a 'closely-guarded secret', according to The Verge, and not even known among the company's senior leadership. There is speculation, however, that it could be related to Facebook’s virtual reality project called Horizon.