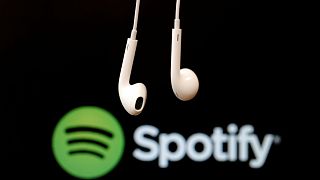 Britain's competition regulator plans to launch an examination of the music streaming market to see whether the likes of Spotify and co. are giving fans enough choice.

The watchdog's announcement follows a report from a UK parliamentary committee this year, which warned that the ties between music majors and streaming platforms could stifle innovation in the sector.

Streaming accounts for 80 per cent of music consumption in the UK and is dominated by the likes of Spotify, Apple Music, Amazon and Google-owned YouTube Music.

A market study will take place to examine the streaming services offered to the UK serve their purpose. If the answer is no, an intervention will take place.

2020 alone saw 100 million new signups to music streaming services across the world as people sought out new entertainment methods to tide themselves through COVID-19.

This brings the total to approximately 467 million streamers.

Official figures show that the global recorded music market rose by 7.4% in 2020 to $21.6 billion (€18.5 billion) with a jump in demand for paid streaming services leading the way.

The issues addressed will likely cover the amount of leverage these platforms have over the UK industry, and if they are providing value for fans and artists.

"The UK has a love affair with music and is home to many of the world's most popular artists," CMA Chief Executive Andrea Coscelli said. "We want to do everything we can to ensure that this sector is competitive, thriving and works in the interests of music lovers."

As the number of subscribers increases beyond that of many industry's wildest dreams, smaller artists are growing frustrated with the lack of income available to them for their work.

According to them, services with larger slices of the pie are culpable, and should rethink their funding model to combat the dents made in musician incomes from the pandemic.

“Spotify is the most dominant platform on the music streaming market,” said a statement released from the US-based Union of Musicians and Allied Workers last year.

“The company behind the streaming platform continues to accrue value, yet music workers everywhere see little more than pennies in compensation for the work they make…. Enough is enough.”

Until the mid-2010s, big names were also critical of streaming platforms for this reason. Taylor Swift, Coldplay, Prince, and Tool have all pulled their work off them over payment disputes at some point, though most have caved under streaming's rising ubiquity, and the fact streams now count as partial record sales in many key markets.

How much money do artists make from streaming?

There are lots of variables at play here. Primarily: relative pricing in the regions their music is most popular, any specific agreements set out with a streaming service, and whether the listener is enjoying their music on a paid or free account.

Tom Gray, founder of the #BrokenRecord campaign, calculated how many streams the average artist would have to receive to on each platform to make last year's UK minimum hourly wage of £8.72 (€10.34).

Breaking even with the costs of touring and recording could prove difficult for non-platinum sellers.

The British music industry's response has been positive

British CMA are doing an inquiry into the competition between streaming platforms such as @Spotify. About time! More should do this. Good for music lovers. Good for artists.

The British music industry body, the BPI, said it welcomed the study. "We look forward to seeing the scope of the project in due course and engaging with the CMA to inform its work," it said.

Britain's Competition and Markets Authority has taken an increasingly proactive role in the regulation of digital markets, with investigations already launched into the power of Google, Facebook and Apple in different parts of the ecosystem.

Having been hammered by piracy in the late 1990s, the music industry moved towards a streaming model backed by either advertising or subscriptions as a way to secure more sustainable revenue for the sector.

Record labels are also accountable for fostering these relationships.

The UK parliamentary report also noted that the three major music companies, Universal, Sony and Warner, also covered up to 75% of the UK recording market and had close ties with streaming platforms, prompting lawmakers to question the level of competition in the sector.

A spokesperson for Spotify declined to comment to Reuters.