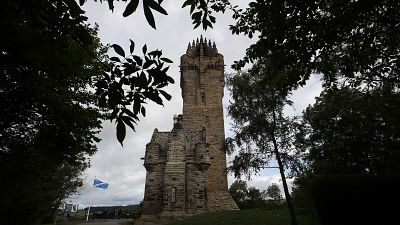 Following a record 20 bids, eight locations have been longlisted for the next UK city of culture.

Armagh City, Banbridge and Craigavon, Bradford, Cornwall, County Durham, Derby, Southampton, Stirling and Wrexham County Borough are in the mix for the competition that takes place every four years.

Achieving this accolade often brings with it real benefits to the area. Previous hosts have garnered millions of pounds in investment, as well as creating jobs and attracting a far larger number of visitors.

The next step for the above locations is a liaison with a panel of experts and the Department for Digital, Culture, Media and Sport (DCMS) to hone their bids before the shortlist is announced early in 2022.

"Winning the UK City of Culture competition has a hugely positive impact on an area, driving investment, creating jobs, and highlighting that culture is for everyone, regardless of their background," said Culture Secretary Nadine Dorries.

"This year’s focus is on levelling up access to culture across the country and making sure there is a legacy that continues for generations to come," she added.

UK Government Minister for Scotland Iain Stewart expressed his pleasure in seeing Stirling make the list and hopes the historic city will bring the UK City of Culture title to Scotland for the first time (Glasgow was the European Capital of Culture in 1990).

"I’m particularly pleased that Stirling is in the running for this prestigious award. With its fascinating history and vibrant creative scene, it’s a strong contender for the title," Stewart said.

Sir Phil Redmond, who heads up the City of Culture Expert Advisory Panel, explained the value of the longlisting process.

"The Expressions of Interest stage was introduced as an opportunity to encourage many more places to experience the benefit of coming together to define and share a cultural vision for their areas, and what the longlist demonstrates is the range and depth of cultural ambition across the whole of the UK.

Also for the first time, each longlisted city will receive financial support to help them develop their vision. Each is different. Each has its own story to tell."

The winner will be announced in spring 2022 and will follow Coventry’s tenure as UK City of Culture 2021 to take the lead on culture in the UK in 2025.

Previous winners Hull and Derry-Londonderry have shown how the competition can deliver greater and long-lasting cultural participation, economic regeneration and local pride, whilst Coventry City of Culture 2021 is already providing a blueprint for how culture can be at the heart of social and economic recovery.