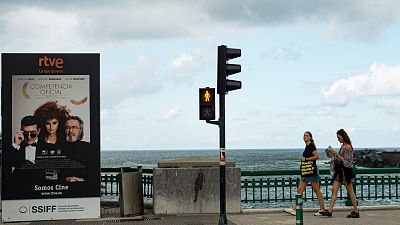 Every year celebrities flock to the Basque city on Spain's Atlantic coast for the event.

Following their appearance at the Venice Film Festival, Antonio Banderas and Penelope Cruz will also be at the San Sebastian event.

Sigourney Weaver, star of Alien and Ghostbusters has been chosen to grace the festival's official poster this year.

There are 16 films, two-thirds of which are from Europe, running for the highest award, the Golden Concha.

Spain will be highly represented of course, as San Sebastian is a true landmark of Hispanic cinema.

Among the films premiering here is the highly anticipated The Good Boss, a gritty comedy starring Javier Bardem.

Finally, the festival will be introducing new cinematographic names, like up-and-coming talent Alejandro Amenábar, who will be premiering his series 'La Fortuna'. The series follows the story of long lost treasure that resurfaces from the bottom of the sea.

Sustainable fashion will also be present at San Sebastian Festival’s 69th edition in the shape of recovering textile, in this case from the red carpet. They will be made from recycled materials that will be turned into clothing once the event is over.

The San Sebastian Film Festival runs from 17 to 25 September.

'The Last Duel' and 'On the Job: The Missing 8' premiere in Venice