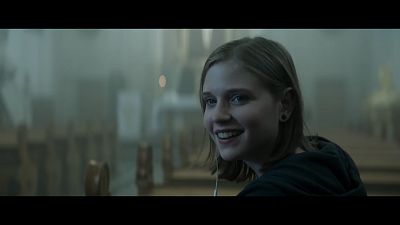 Every year for over thirty years, The European Film Awards have celebrated the best of European cinema. An awards ceremony takes place every other year in Berlin.

Marion Doring is president of the European Film Academy and she told me about its beginnings that she remembers well:

"The people and the European film industry has achieved so much in these 33 years."

One of the films expected to go far in the competition this year is Berlin Alexanderplatz by Buhran Qurbani. It's based on a novel by Alfred Döblin and depicts the depths of the German city's underworld. The book was also adapted to the screens by German director, Rainer Fassbinder, in 1980.

Another remarkable film being presented is Pietro Marcello’s adaption of 'Martin Eden', a literary classic written by Jack London. The Italian director sets the scene in 20th century Naples.

One of the surprise films of the year comes from Poland and it’s called 'Corpus Christi'. It’s directed by Jan Komasa and tells the story of a young delinquent, who by chance, ends up in the role of a priest in a small village where there are many secrets. It has been a great success.

‘Undine’ amused spectators at the Berlin film festival and it won Paula Beer the silver bear for best actress. The film tells the mythical story of Undine who has to kill a man who betrays her and then return to the water.

The Painted Bird is one of the outsiders. It’s a shocking film that lasts almost three hours. It follows the life of a Jewish child crossing Europe during the Holocaust.

One of the big favourites is 'Another Round' by Danish director, Thomas Vinterberg, who also created Festen. It’s about four friends who start to drink to cheer up their lives. The result is a combo of euphoria and hangovers.

But this year, films aren't getting their usual publicity due to cinemas being largely closed throughout Europe because of the pandemic.

Marion Doring told me of the impact it is having. People can't get to the cinema because theatres are closed.

Films this year have had to have their premieres online. Festivals were cancelled. She hopes that the European Awards Ceremony will help bring films back into public awareness.

_What is European cinema? _

The European taste and styles can only be described by Marion herself. She compares them to a well set table "on a good dinner table and you have a lot of good plates, good foods, various and different tastes and a lot of things to discover, and this is what European cinema is.

"Of course we have the national film cultures which have their own character.

"It's like when you meet friends from all over Europe, we are family, we belong together although we are different."

Who is nominated for best director at the European Film Awards 2020?