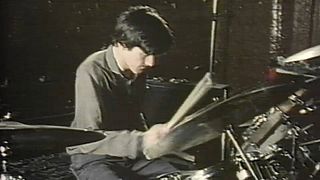 It’s the seminal song whose anniversary today is providing an ironic backdrop to this week’s Brexit-dominated EU summit in Brussels.

Manchester band Joy Division’s Love Will Tear Us Apart Again is a harrowing track about a relationship in trouble.

And it’s a song you could easily play as the United Kingdom divorces the European Union.

Today (Wednesday) is the 40th anniversary of the song being played live for the first time. That happened on October 16, 1979, in — yes, you guessed — Brussels.

The Belgian capital will later this week play host to a two-day EU summit, where Brexit — another sad break-up for some — will be at the forefront of minds.

“Brussels was the first foreign city where we played in. It was in Plan K.

“I suppose it's quite ironic with what is going on right now with Brexit. With us [the UK] trying to leave. I've spent my life trying to get into the EU and now I'm being taken out against my will!"

When EU leaders meet on Thursday [October 17] they could be asked to approve a last-ditch deal between London and Brussels to seal a smooth divorce.

If not, the UK could face dropping out of the bloc on October 31.

But it is not guaranteed that EU leaders would grant this prolongation.

Hundreds of thousands march in London for fresh Brexit referendum