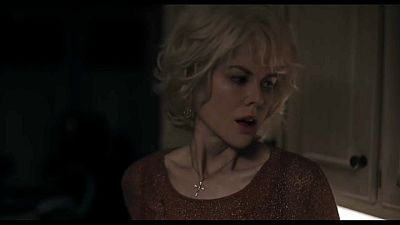 The film looks at the mother of a son forced to participate in a church-supported gay conversion program in a small American town. Russel Crowe also stars as the boy's father -a Baptist pastor.

When the young man is outed to his parents he is given the choice of being disowned or enrolling is conversion camp that promises to cure his homosexuality.

The film is directed by Joel Edgerton and is based on the real-life memoir of Garrard Conley who also acts in the film.

Nicole Kidman joined Edgerton at the Toronto Film Festival where the movie was presented. Kidman who herself is the mother of 4 children, spoke about her role: "They've allowed us into their lives and we're telling their story. It's an honour to be able to try and I've played many different mothers. I have three films coming out this fall where I play a mother and in all different forms and this is, this is one form which is very much about unconditional love and I love, I'm glad I am able to do that."

The film director is Australian actor, director, writer, producer Joel Edgerton who has starred in numerous Hollywood films, including "Star Wars" films and "The Great Gatsby".