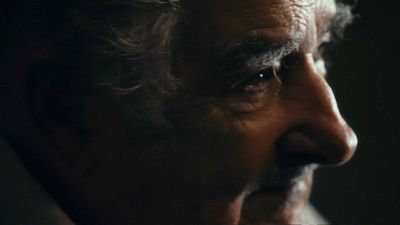 As Venezuela descends into economic chaos and Brazil's former president Lula is barred from making a comeback due to a corruption conviction, Serbian filmmaker Emir Kusturica has made an ode to one Latin American leader who gives socialism a good name.

"El Pepe: A Supreme Life", which premiered at the Venice Film Festival on Monday, is a documentary about Jose "Pepe" Mujica, a former leftist guerrilla who earned a reputation as a man of the people as president of Uruguay from 2010 to 2015, giving away much of his salary and eschewing the luxury trappings of office.

Double Palme d'Or winner Kusturica said Mujica was "the only president in the world who is leaving office and 150,00 people are crying".

"I am positive he's going to be inspiration for those who are today losing love and belief in socialism," the Serbian director said.

Mujica, now 83, was a leader of the Tupamaros guerrilla movement that carried out robberies, political kidnappings and bombings against the government in the 1970s.

He says he was shot six times, tortured, and held by security forces in solitary confinement in a deep well. He was freed under an amnesty enacted following the end of Uruguay's 1973-1985 military dictatorship.

Asked about his biggest political concerns, Mujica said it was the combination of capitalism and climate change that could cause an "ecological holocaust".

"The danger for my generation was the atomic holocaust. The new generations run the risk that if temperatures go off balance this (world) turns into a huge frying pan."