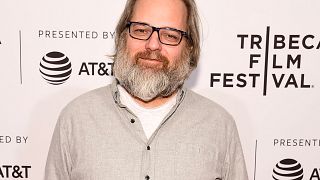 LOS ANGELES — The creator of the animated adult series "Rick and Morty" apologized Monday for making a video that involved the assault of children as part of a scheme to stop serial killers by traveling back in time.

"In 2009, I made a 'pilot' which strove to parody the series 'Dexter' and only succeeded in offending," Dan Harmon said in a statement obtained by Variety. "I quickly realized the content was way too distasteful and took the video down immediately. Nobody should ever have to see what you saw and for that, I sincerely apologize."

Harmon had deleted his Twitter account earlier Monday after the video resurfaced. In the 2009 "pilot," Harmon is seen breaking into a house and simulating rape on an infant doll.

Adult Swim, the network that airs "Rick and Morty," also released a statement supporting Harmon's apology and affirming that he "understands there is no place for this type of content here at Adult Swim."

"At Adult Swim, we seek out and encourage creative freedom and look to push the envelope in many ways, particularly around comedy," the statement reads.

"The offensive content of Dan's 2009 video that recently surfaced demonstrates poor judgment and does not reflect the type of content we seek out. Dan recognized his mistake at the time and has apologized."

'Devastating': EU student numbers in UK drop by half since Brexit