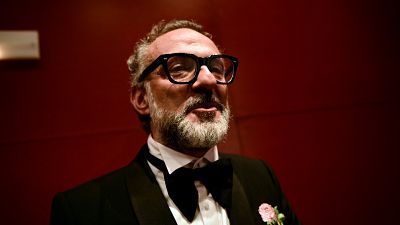 And the award for best restaurant in the world goes to....Osteria Francescana.

The Modena-based Italian eaterie was praised for its "philosophical conceptions with old-fashioned flavour" and "warmth with daring."

After accepting the award, Bottura credited his success to his emphasis on local flavours and ingredients:

"It's very important for each one of us to express the place where you are, to stay close to the farmers, to the fisherman, to the cheese makers, because these people are the ones that make it possible for us to transfer emotions through our food."

After training as a lawyer, Bottura opened Osteria Francescana in 1995. In 2012, it won its third Michelin star and in 2016, it became the first Italian winner of the Best Restaurant award.

These days the restaurant has a four-month waiting list and a price tag of almost 400 euros for its 10-course tasting menu with wine.

The Michelin guide: making top chefs reach for the stars