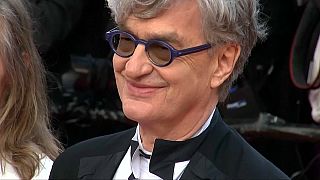 The Cannes Film Festival is at a turning point, according to a renowned German filmmaker.

Wim Wenders says this year, "... it is a more serious festival than ever".

His documentary 'Pope Frances: A Man of His Word' was an out-of-competition offering at the weekend and has been attending the film festival for the last 50 years.

Wim Wenders says, "It is a different climate. The absence of Netflix or the conflict that's in the air with Netflix is palpable. MeToo is very present and luckily so. And it is... and many of the films approach real subjects and approach real conflicts, so it is a more serious festival than ever but I realize that there is, this is a turning point somehow. Cinema is sick in its foundation. It's not just the Netflix conflict here. I mean, world distributors are fighting, distributors are fighting, they're all fighting for survival and cinema is in a big upheaval and it shows this year. And so we'll see which way it's going to turn next year."