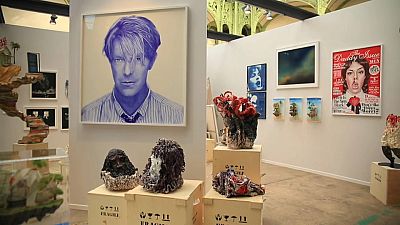 2018 marks the 20th anniversary of Art Paris Art Fair. Since its foundation in 1999, the fair has established itself as Paris' leading modern and contemporary spring art event

The fair has forged its reputation by exploring foreign art scenes. After Africa last year, Switzerland is the 2018 guest of honour. The prolific and diverse Swiss art scene, with its taste for all things minimal and offbeat sense of humour, is like the country itself, lying at the crossroads of different European traditions and cultures.

For its 20th anniversary and in reference to its initial vocation of supporting the French art market, Art Paris Art Fair asked exhibition curator and art critic François Piron to take a subjective look at the French art scene.

The idea was to select 20 artists from among the projects presented by participating galleries and to produce an in-depth textual analysis of their work.

His choice puts the spotlight on some unique figures from the 1960s to the present day, artists who have managed to preserve their independence, or stayed on the margins of mainstream culture and whose work today deserves both to be reinterpreted and enjoy greater visibility.