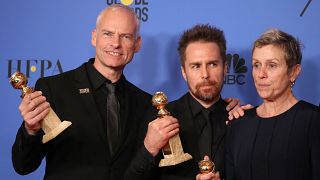 The film, which is actress Diane Kruger's first German language film is the story of a young woman who seeks revenge after her family is killed.

The movie is currently in the shortlist of 9 films for the Foreign Language category at the Academy Awards.

The show about the apparently perfect lives of a group of women living in an affluent California coastal town, who's lives unravel to the point of murder won Best Actress – Mini-series or Television Film for Nicole Kidman, Best Mini-series or Television Film, Best Supporting Actress for Laura Dern and Best Supporting Actor for Swedish Actor Alexander Skarsgård.

Golden Globes recap: Not too shabby for Europeans