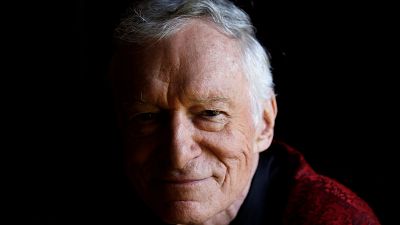 Tributes have poured in for Hugh Hefner, who has passed away peacefully at home in the US at the age of 91.

His adult magazine Playboy was founded in the 50s from an 8,000-dollar loan and went on to become the world’s biggest selling men’s magazine, featuring the likes of Pamela Anderson on the cover and with written contributions from Norman Mailer, Margaret Atwood and James Baldwin, to name a few. Hefner became a multi-millionaire.

Hugh Hefner was a GIANT in publishing, journalism, free speech & civil rights. He was a true original, and he was my friend. Rest well Hef. pic.twitter.com/bJ1wxoK4gR

Goodbye #Hef
Mr Hefner
I have so many thoughts, I have no brain n right now to edit
I am me… https://t.co/z1PPEiagaI

Love him or loathe him, the silk pyjama-wearing entrepreneur led an impactful life. As well as claiming to have slept with over 1,000 women, he was also outspoken in his support of gay and civil rights. Martin Luther King Jr was among those interviewed for the publication.

And in the 80s, Playboy was smuggled into the Soviet Union, providing a window into goings-on in the West.

“For us, the young people in the Soviet Union, Playboy was the incarnation of the myth of the unknown West”, said one man. “Attractive, depraved and brilliant, with its martini cocktails, yachts and semi-naked women.”

Hefner said he’d never considered Playboy a sex magazine, but rather a lifestyle publication, in which sex was one important ingredient.