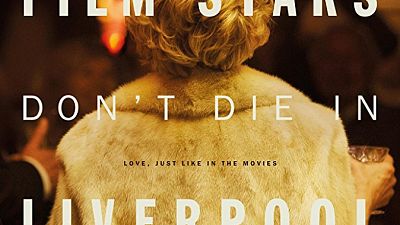 Annette Bening and Jamie Bell have teamed up in a sensitive romance shown at the Toronto Film Festival. :https://www.tiff.net/

“Film Stars Don’t Die in Liverpool” is about the dying days of Oscar-winner actor Gloria Grahame and her relationship with Liverpudlian actor Peter Turner, who was around 30 years younger.

Bening and Bell both say there was an immediate rapport between them.

Annette told reporters: “Chemistry is something you can never articulate or work on. It’s something that you can certainly in an unspoken way try to cultivate with your partner and Jamie (Bell) was very professional.”

Jamie was pleased about the casting: “There’s this feeling when she walks on the set and you can feel the crew get quiet and was very respectful and, you know, so it was a joy,” he said.

It’s based on the memoirs of Peter Turner who fell in love with Grahame when they shared lodgings in Liverpool.

The film also stars Julie Walters and Kenneth Cranham and will be released in November.