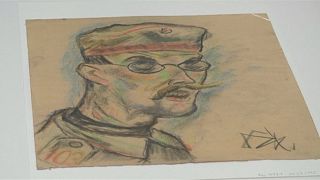 After a long legal battle, Nazi-era artwork from the Gurlitt collection is finally set to be displayed at Germany’s Bern Fine Arts Museum this autumn.

The museum says the pieces were all acquired legally during the Nazi era, as its director Nina Zimmer explains:

“For these works, we know the exact day when they were acquired by German museums, so they were in the public possession of these museums, and we know often times the exact date when Hildebrand Gurlitt bought them, after they were confiscated, so there is a clear chain of provenance established.”

The pieces, paintings and prints, belong to art movements from Symbolism, Expressionism, Constructivism to New Objectivity.

The exhibition will focus on the political context that led to the vilification and exploitation of modern art, as well as how persecution was used to loot art.