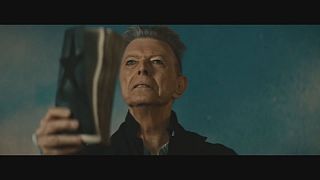 The late David Bowie was the big winner at this year’s Brits.

His swan song album “Blackstar” was not the only award-winner, as the British Record Industry Trust also named him Best Male solo artist.

Scottish singer-songwriter Emeli Sandé took the Best Female artist award. Now 29, she broke through with her 2011 hit “Heaven”, and is currently touring Europe. She loves the way the Brits cast their net wide, and recognise new names as well as old.

“It’s really like a reflection of art, I have always just found that they’re really, even if you are like the underdog…as long as you are doing something which is real, they just give you the credit and the encouragement, so I feel great,” she enthused.

Manchester’s The 1975 took Best Group to put the cherry on 15 years of making music together.

Little Mix got one of the biggest cheers of the night for Single of the year, “Shout out to my Ex”.

Among the artists performing was Robbie Williams, an 18-times award winner, a record that includes four male artist of the year awards, two Outstanding Contributions to Music gongs, and 2016’s Brit Icon for his “lasting impact on British culture”.