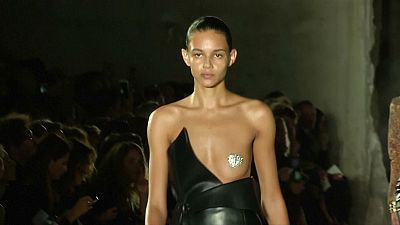 The Belgian took over from Hedi Slimane at the house in April.

Vaccarello sacrificed his own brand to take the job.

The designer, though making his mark, paid homage to the house and its founder.

Paris Fashion Week, which closes the season after New York, London and Milan runs until October 5.