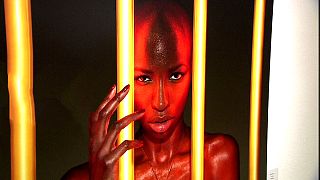 <p>The <a href="http://www.biennaledeladanse.com/en/">Dance Biennial</a> in Lyon is one Europe’s largest events of its kind. Running until September 30, this edition features 37 shows as well as conferences, debates and workshops for dance enthusiasts.</p> <p>One of the oldest film festivals in the world, <a href="http://www.sansebastianfestival.com/2016/sections_and_films/8/in">San Sebastian</a> is smaller but is up there with the Big Three – Cannes, Berlin and Venice. With a programme ranging from independent films to blockbusters, it is also a global platform for Spanish-language cinema – it runs until September 24. </p> <p>Hollywood actor Antonio Banderas is more than that – the Spanish heartthrob is bringing his photography work to Russia with <a href="http://www.mamm-mdf.ru/en/exhibitions/banderas/">‘Women in Gold’</a> – an exhibition of photos he describes as <a href="http://www.dailymail.co.uk/wires/reuters/article-3788980/Actor-Banderas-opens-photo-exhibition-Moscow.html">almost theatrical, filled with irony and humour</a>. The show runs at Moscow’s Multimedia Art Museum until early November. </p> <p>And visitors can take a journey down history lane at Berlin’s Deutsches Historisches Museum. Featuring some 7.000 artefacts, <a href="https://www.dhm.de/en/ausstellungen/permanent-exhibition.html">‘German History in Images and Artefacts’</a> provides a comprehensive picture of both major events and everyday life in Germany from the 5th to the 20th century.</p>