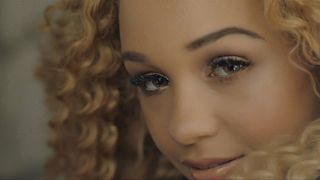 She’s sixteen, she’s signed and has a single out called ‘Don’t Need No Money.’

Imani Williams hit the headlines when she featured on Sigala’s top three UK hit ‘Say you Do.’

Despite her tender years Imani has been focused on the business since childhood.

“It’s been a long kind of journey to this point. I obviously started writing when I was about 10-years-old and started dancing when I was 8, so I mean from getting signed at 15 it’s been a long road but it’s going really well and I’m really excited to see where things go,” explained the young star.

Having already worked with house DJ’s and music producers Sigala and Blonde, she is ready for further collaborations down the line.

“In the future, I’d say, thinking big I love Justin Bieber. I also love… obviously Beyonce. Beyonce is my… the person I looked up to when I was younger, definitely, especially performance-wise.”

The single ‘Don’t Need No Money’ is out now.