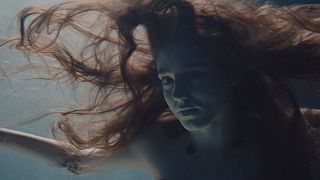 Birdy seems to have been around forever, the British singer surging into the limelight at the tender age of 14 with a cover of Bon Iver’s “Skinny Love”, and a voice that seemed especially well-suited for taking other people’s songs and making them her own.

I think I'm quite inspired by places, like where I grew it's kind of wild and kind of moody and so I always write these really sad songs.

Well, now Birdy is 20 and has found her own voice and own lyrics for new album “Beautiful Lies”, which has been selling steadily since its March release, and she now has the summer concert season ahead of her.

“I feel like this album is kind of my coming-of-age album because I’m older and it’s taking time to really learn my opinions, and also the last year I moved to London so I’ve been kind of I’ve been there for a year and it’s been nice to be free for the first time. It’s really fun,” she says.

Single “Wild Horses” is an example of the album’s production values and style. It took nearly two years to craft, with help from producers MyRiot and Jim Abbiss, a key figure in “Project Adele”. Every song was co-written by Birdy, and she also co-produced six of the 14 tracks. Arthur Golden’s novel Memoirs of a Geisha was an inspiration.

“I read that the book I think at the beginning of the whole process so as I was kind of writing, it was more just like the landscape that really inspired me; just how it was described is so beautiful and I felt like I was there. And I think I’m quite inspired by places, like where I grew it’s kind of wild and kind of moody and so I always write these really sad songs. And then I moved to London and I feel like these songs are a bit more uplifting,” she says.

“Beautiful Lies” features the emotional, sad pop songs Birdy has become known for. There are also more upbeat moments, including album opener “Growing Pains” and “Keeping Your Head Up.”

Birdy is currently on tour .