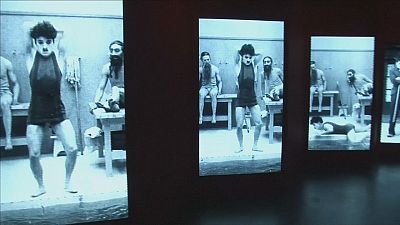 *What is ‘Chaplin’s World?’

The museum includes a Hollywood-style studio, a tour detailing Chaplin’s life and work, and a mock ‘Easy Street’ – the setting for one of his classic movies.

There are also several wax figures at the exhibition, including Charlie, his wife Oona, friends and people who mattered to him and artists who were inspired by his work.

What are they saying about it?

“This is a dynamic museum, it is not static. It is like the character to whom it pays tribute, it is in movement and this is beautiful. Well, this is my opinion, now you have to visit it,” says Charlie Chaplin’s son.

Built in 1840 above Vevey, this is where Charlie Chaplin spent the last 25 years of his life.

Visitors can meander through Chaplin’s former living room, dining room and library, where he wrote his autobiography and prepared his scripts.

The opening of Chaplin’s World coincides with what would have been the comic legend’s 127th birthday.