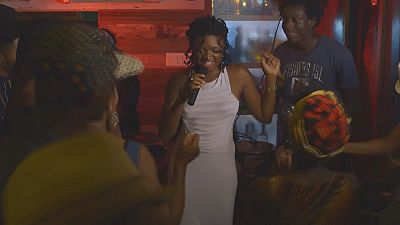 Lizz Wright has released her new album, Freedom and Surrender, and says it’s a blend of different styles although it’s still her own distinctive jazzy sound: “I call myself a singer-songwriter influenced by the gospel and jazz tradition. Naturally because of my lifestyle and my love for nature there’s a lot of folk and Americana.”

Lizz Wright, who was born in the state of Georgia, found fame with her 2003 album “Salt”, which reached number two on the US Billboard Top Contemporary Jazz chart.

Freedom and Surrender was written in collaboration with Toshi Reagon.

“What I love about collaborating,” said Wright, “is that I do my best work in conversation because I want you to understand me but I want you to feel your own resonance with the ideas. I also think that as singers and performers we are ambassadors of the human experience, so that we really need to just let ourselves be real and be simple and be open.

“I don’t want to get bored just talking about myself. I want to actually explore life through music too.”