Russia escalated its attacks on Ukraine on Tuesday, unleashing a campaign of violence in urban areas as its forces closed in on the main cities. The long military convoy outside Kyiv continues to advance slowly on the capital.

Russia says it plans to target key security infrastructure in the capital, warning residents to flee. Moscow has denied targeting civilian areas, despite mounting evidence to the contrary.

President Zelenskyy called on the European Union during an emotional address to MEPs to "prove that you are with us."

A summary of Tuesday's key points:

23:07
That's all from our live blog tonight. Scroll down below to see how today's events unfolded. Join us again from 06.00 CET on Wednesday for more live updates.
22:16

Watch: Diplomats walk out during Lavrov speeches at UN

In contrast to the standing ovation MEPs gave Ukraine's President Zelenskyy, hundreds of diplomats staged walkouts on Tuesday while Russia's foreign minister was speaking by videolink, in protest at his countr's unprovoked invasion of Ukraine. 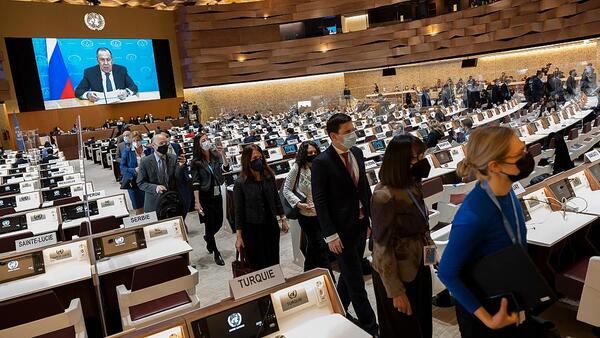 Watch: Diplomats walk out during Sergey Lavrov speeches at UN

Washington strikes note of caution over Russian lack of progress

The U.S. on Tuesday injected a strong note of caution into the persistent reports that Russian military progress — including by the massive convoy outside Kyiv — has slowed, plagued by food and fuel shortages and logistical problems.

One senior Defense official said that the U.S. has seen Russian military columns literally run out of gas, and in some places running out of food, and that morale is suffering as a result.

But the official added that it is important to be pragmatic. The Russians still have a significant amount of combat power that has not yet been tapped, and “they will regroup, they will adjust, they will change their tactics.”

The official spoke on condition of anonymity to discuss military assessments. Overall, the U.S. assesses that Russia has launched more than 400 missiles into Ukraine, of various types and sizes. As of Tuesday, the Ukrainian air and missile defense systems remain viable and are being used. Also, weapons from the U.S. and others continues to flow into Ukraine. The official said that the aid is getting to the Ukrainian military and troops are “actively using these systems.”

The official said Russians have made progress in the south, moving along two routes out of Crimea – one to the northeast and one to the northwest. It’s not clear that Russians have taken control of Kherson, but heavy fighting continues. And, the official said Russian forces have not yet advanced into Mariupol, but are close enough to strike into the city with long-range weapons. (AP)

The cultural backlash against Russia's invasion of Ukraine intensified on Tuesday as the Cannes Film Festival said no Russian delegations would be welcome this year.

Meanwhile the Venice festival announced free screenings of a film about the 2014 conflict in Ukraine’s eastern Donbas region.

The announcements by Europe's two premier film festivals came on the heels of other high-profile protests in the arts, including Hollywood's decision to pull films scheduled for release in Russia, and the Munich Philharmonic's decision to fire chief conductor Valery Gergiev.

The orchestra, joined by other orchestras and festivals linked to Gergiev, cited his support for Russian President Vladimir Putin and his refusal to reject the invasion.

Cannes, which is scheduled for May, is the most global of film festivals and its international village of flag-waving pavilions annually hosts more than 80 countries from around the world.

In a statement, festival organisers said the ban on any official Russian delegation or individuals linked to the Kremlin would remain “unless the war of assault ends in conditions that will satisfy the Ukrainian people.”

The festival didn’t rule out accepting films from Russia. (AP)

Vladimir Putin on Tuesday signed a decree that prohibits taking more than $10,000 (€9,000) worth of foreign currency in cash and “monetary instruments” out of Russia.

The move comes in response to the crippling sanctions Western nations have imposed on Russia over its invasion of Ukraine, which this week tanked the rouble and sent Russians flocking to banks and ATM in fear for the fate of their savings.

Meanwhile the total market value of Bitcoin has overtaken that of the plummeting Russian rouble, as speculation is growing that the digital coin and other cryptocurrencies could help Moscow cushion the blow of international sanctions.

Here's our write-up on that: 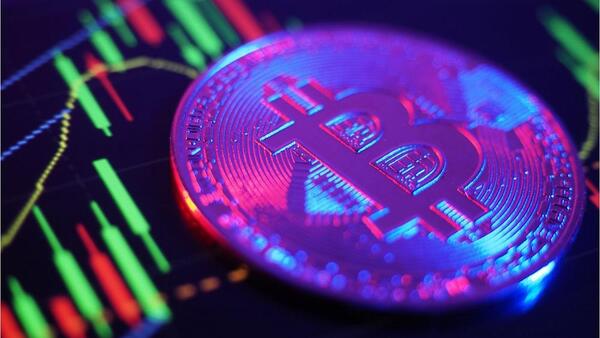 There has been some confusion over what the Russian president's order to his generals on Sunday means specifically. Some interpret Putin’s manoeuvre as an order to prepare Russia’s nuclear forces for an attack.

Experts, however, say it is a little more complicated than that. 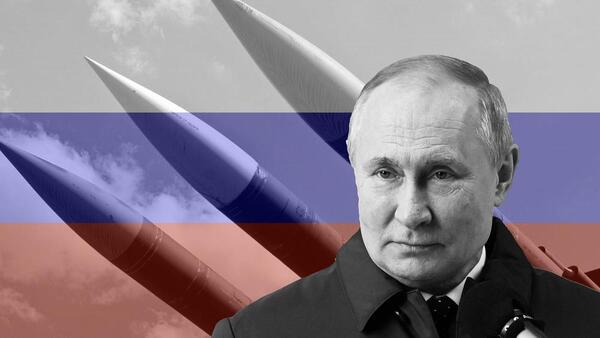 Will the war in Ukraine go nuclear? The risks of escalation explained

Vladimir Putin shocked leaders around the world on Sunday by bringing the threat of nuclear escalation into Russia’s invasion of Ukraine.
21:05

The British government has said it's to impose sanctions on individuals and organisations from Belarus, over its involvement in the Russian invasion of Ukraine.
Described as a "first tranche of sanctions", it targets several senior defence officials and two "military enterprises".
"The Lukashenko regime actively aids and abets Russia’s illegal invasion and will be made to feel the economic consequences for its support for Putin," Foreign Secretary Liz Truss said in a UK government statement.
20:34

Biden and Zelenskyy speak on the phone

Is there a 'shocking distinction' over refugees in parts of the EU?

Eastern European countries are being praised for letting in tens of thousands of people from Ukraine in the wake of the Russian invasion.
But the open-door policy of several states has highlighted an apparent double-standard, as these countries have not been so welcoming to people fleeing conflict zones in the Middle East and Africa.
Read more here: 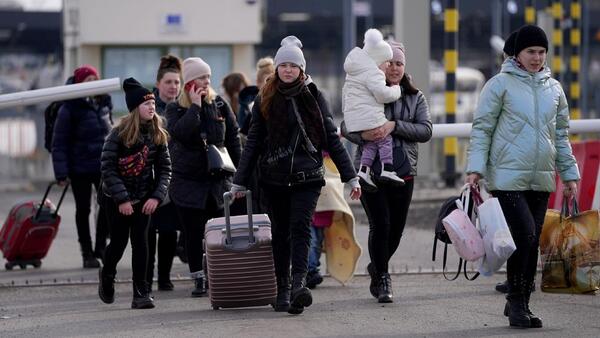 Does the Ukraine exodus reveal a ‘shocking distinction’ on refugees?

Critics say Europe should be treating all refugees equally, regardless of where they come from.