The Taliban on Tuesday sought to reassure a fearful Afghan population and a sceptical international community over human rights.

Speaking at their first news conference since sweeping to power, the militant group made declarations on women's rights, the safety of Afghan workers, and media freedom.

Enamullah Samangani, a member of the Taliban's cultural commission, indicated on Tuesday that women should also return to work. Under the Taliban's previous leadership, women were not allowed to study or work and had to wear burqas.

"The Islamic Emirate doesn't want women to be victims," Samangani said, using the militants' term for Afghanistan. “They should be in government structure according to Shariah law."

He added: "The structure of government is not fully clear, but based on experience, there should be a fully Islamic leadership and all sides should join."

Shortly before midnight local time on Monday, Mohammad Naeem, a spokesman for the Taliban's political office, shared a video that appeared to show Taliban members speaking to staff at a hospital, including women. He said "everyone" would be brought back to work.

In other developments, a senior White House adviser says the Taliban have agreed to allow "safe passage" out of Afghanistan for civilians hoping to join a US-led airlift out of Kabul, according to the White House national security adviser Jake Sullivan.

Pentagon officials said dialogue with Taliban commanders was in progress over evacuations, as thousands await flights out of the country, the day after chaotic scenes at Kabul airport.

It comes as senior Taliban leaders have returned to Afghanistan from Qatar. Meanwhile, the streets of Kabul have remained quiet -- but many foreign nationals and Afghan workers are still waiting to be evacuated.

Here is a summary of key developments -- see our live blog below for the latest updates.

00:08
That's all from the live blog for today, thanks for following Euronews. We'll be back with more updates on Wednesday, meanwhile you can watch our TV coverage here:

Many have watched with horror the debacle of the chaotic Western withdrawal of troops and diplomats from Afghanistan, leaving the local population to the mercy of the Taliban takeover. But for former soldiers who served in the country, the events are all the more poignant.
READ MORE: 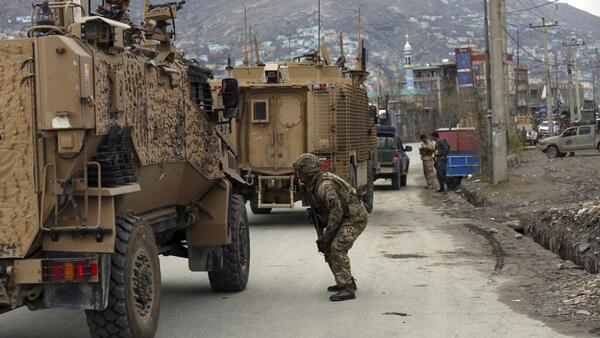 euronewsSome former soldiers in the West have questioned the purpose of the enormous military sacrifices in the 20-year campaign, as troop withdrawals enabled the Taliban to take control.
21:57

UNICEF is "cautiously optimistic" over preserving the gains made in girls' education in Afghanistan, its chief of field operations in the country has told Euronews.

It comes amid concern the swift Taliban takeover of the country will reverse progress made over the last two decades. 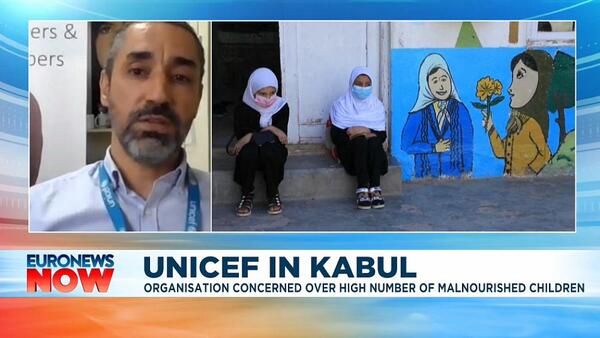 euronewsIt comes amid concern the swift Taliban takeover of the country will reverse progress made over the last two decades.
21:51

Borrell: EU must talk to Taliban to ensure evacuations from Afghanistan

The EU "will have to speak" to the Taliban "as soon as necessary" because the militant group "have won the war" in Afghanistan, the bloc's top diplomat has said.
But Josep Borrell said it was to prevent a "humanitarian and a potential migratory disaster". But he insisted that dialogue did not imply formal recognition of the new regime by Brussels.
READ MORE: 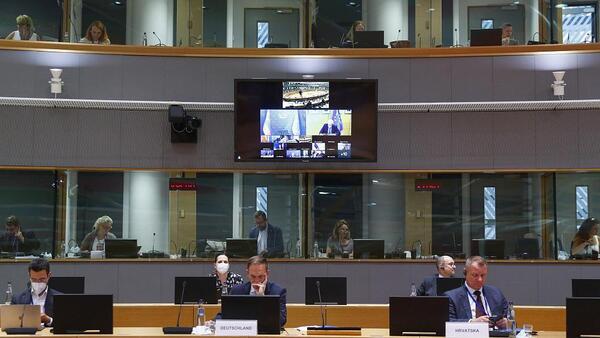 Borrell: EU must talk to Taliban to ensure Afghanistan evacuations

euronewsThe EU's foreign policy chief says dialogue is necessary as the Taliban have "won the war" but does not imply formal recognition of the new Afghan regime.
21:26

Angela Merkel said on Tuesday that she was open to the "controlled" reception of "particularly vulnerable" Afghan refugees fleeing the Taliban regime, while admitting the difficulty of finding an agreement on the subject between European partners.
The German Chancellor, whose country welcomed more than a million asylum seekers in 2015 and 2016, however indicated that regional solutions had to be sought initially in order to welcome these refugees in Afghanistan's neighbouring countries.
"Secondly, we can reflect on whether particularly vulnerable people should come to Europe (...) in a controlled manner and with support," she said at a press conference. .
21:11

More on the comments of top US officials on evacuations from Kabul, from AP.

The Taliban have agreed to allow “safe passage” from Afghanistan for civilians hoping to join a U.S.-directed airlift from the capital, President Joe Biden's national security adviser said Tuesday, although a timetable for completing the evacuation of Americans, Afghan allies and possibly other civilians has yet to be worked out with the country's new rulers.

Jake Sullivan acknowledged reports that some civilians were encountering resistance — “being turned away or pushed back or even beaten” — as they tried to reach the Kabul international airport. He said “very large numbers” were reaching the airport and the problem of others was being taken up with the Taliban, whose stunningly swift takeover of the country on Sunday plunged the U.S. evacuation effort into chaos, confusion and violence.

Sullivan also said that President Joe Biden has had no contact with foreign heads of state over Afghanistan since the fall of Kabul.

Italy's prime minister is vowing that Italy will remain committed to promoting and protecting fundamental rights in Afghanistan, especially of women, following the Taliban takeover and the evacuation of Western diplomats and military forces.

Italy, which holds the rotating presidency of the Group of 20 industrialized countries this year, is “the natural” forum to launch a process of collaboration among countries including China, Russia, Saudi Arabia and Turkey, in addition to Europe, Premier Mario Draghi said in an interview with RAI television.

He said the priority for Europe was to continue welcoming those Afghans who collaborated with the West and their families, those who worked for women’s rights in Afghanistan, and to ensure security to “prevent terrorist infiltration.”

Noting that a G20 ministerial meeting is planned later this month dedicated to women, as well as the leaders’ summit at the end of October, Draghi said: “This year of our presidency of the G20, we are fully committed to building the appropriate seat for this collaboration.” (with AP)

The Taliban are "ready to protect" access to Kabul airport for civilians evacuated by the Americans, President Joe Biden's national security adviser Jake Sullivan said on Tuesday.
Washington is negotiating with the Taliban the "timetable" for the American evacuations, he also indicated during a press conference at the White House.
Earlier Pentagon spokesman John Kirby confirmed that US commanders are speaking with Taliban commanders, with "interactions multiple times a day".
20:04

Josep Borrell's comments on the need to talk to the Taliban followed a video conference of EU foreign ministers.
The foreign policy chief told a news conference that dialogue with the militants was necessary in order to ensure the safe evacuation of EU nationals, as well as Afghans who had worked with the EU, and their families -- some 400 people.
Such dialogue would also focus on preventing terror groups from returning to Afghanistan, he said, expressing fears over links to Al Qaeda.
19:39

Josep Borrell, the EU's foreign affairs chief, admitted on Tuesday that the bloc would have to speak to the Taliban as it had "won the war" in Afghanistan.

He also acknowledged Western intervention had failed in its objective of building an Afghan state.

"The Taliban have won the war. Therefore, we will have to talk with them, in order to engage in a dialogue as quickly as necessary to avoid a humanitarian and migratory disaster" and "prevent the return of a foreign terrorist presence" in Afghanistan, he indicated, while specifying that this did not imply a prompt official recognition of the Taliban regime.

The militant group has sought to project calm after its lightning-fast advance through the country and capture of Kabul on Sunday. But many residents in the capital are still staying at home in fear for their lives.

Among the women who returned to work on Tuesday were female anchors at the 24-hour Tolo News channel.

Stefano Pontecorvo, NATO's senior civilian representative to Afghanistan, posted a video of Kabul airport on Tuesday showing an empty tarmac, in stark contrast to the chaotic scenes observed the day before.

"Runway in HKIA Kabul International airport is open. I see airplanes landing and taking off, Pontecorvo wrote on Twitter. "Situation is under control," he added.

Thousands of Afghans had crowded the tarmac on Monday. Distressing footage showed desperate Afghans attempting to flee the country by clinging to departing aircraft but later falling to their death.

Among the planes that left Kabul overnight was a French military plane. France's Minister for the Armed Forces said this first evacuation flight landed in Abu Dhabi with "French citizens and nationals of partner countries" on board.

"We are actively working to organise the next rotations," she added.

Germany's Defence Ministry announced that its first evacuation flight had only seven passengers on board. It said however that the plane "brought our own forces there."

"They are now providing security so that other people can be protected on their way to the airport," it said.

EU Foreign Ministers are scheduled to convene by videoconference at 16:00 CEST for an extraordinary meeting to discuss Afghanistan.