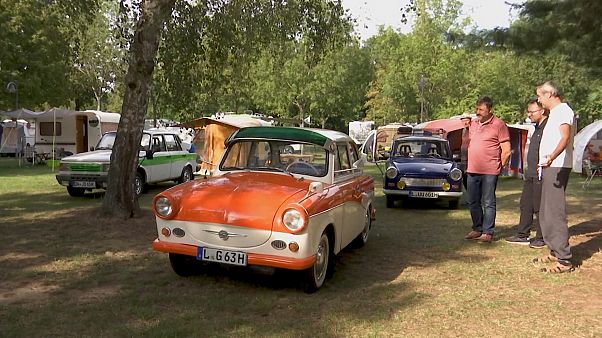 But, ahead of the anniversary, camping enthusiasts from former East Germany have been getting all nostalgic, allowing themselves to forget about how much has changed and re-live times of the past.

Since 2003 up to 150 families have been meeting twice a year at a campground at Auensee, a lake near Leipzig.

The official event was called off this year because of the pandemic, but not even coronavirus could stop 75 hardcore camping families making their own private pilgrimage to keep the tradition alive.

Approaching the scene is like stepping into a time machine, East German cars such as the Trabant and Wartburg alongside QEK and Brilliant brand trailers. Their owners stand around, talking about the good old days.