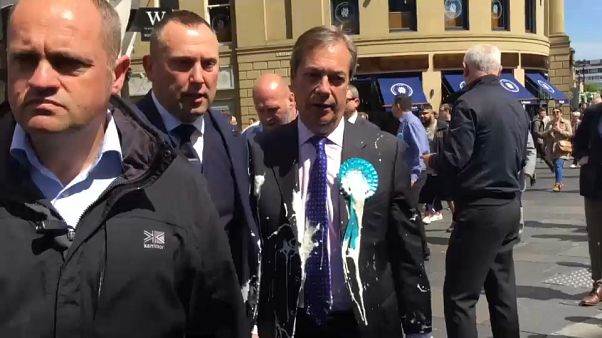 UK Brexit Party leader Nigel Farage was hit with a milkshake during a campaign visit to Newcastle on Monday.

Farage cut short his walkabout to the northern English city after the incident and was led away by his security.

He was the latest pro-Brexit British politician to be targeted with a milkshake in the run up to the European elections after similar protests against far-right UK Independence Party candidates Carl Benjamin and Tommy Robinson in recent weeks.