Geneva Airport has resumed partial operations after previously telling passengers not to come due to severe weather conditions.

As of 11.30am CET, the airport declared it was open for departure flights only.

It said on its website: "We recommend that passengers who have to catch a flight present themselves two hours before it is due to depart.

"Because of problems with traffic, it is better to come to the airport by public transport."

Earlier on Thursday, the airport announced it would close until further notice due to poor travel conditions caused by snow.

It advised passengers to contact airlines for further information on their scheduled flights.

The move comes as airports in Scotland have also shut due to heavy snowfall across the country.

In a statement, Glasgow Airport said: "We will be extending the closure of the airport until 3pm (4pm CET) on Thursday.

"Further snow is forecast during the day which will make travel conditions to and from the airport extremely challenging. This decision has been taken with the safety of passengers and staff in mind."

Edinburgh airport also announced it would close temporarily over a lack of staff.

On Wednesday, airports in Montpellier and Nimes in France were shut due to the cold snap.

The Siberian weather, dubbed the 'Beast from the East', has caused traffic chaos across Europe since it blanketed the continent earlier this week.

Hundreds of motorists were stranded overnight in Scotland after a red alert for snow was issued in the country for the first time on Wednesday.

Rail networks in Britain and Italy also suffered severe delays, while in northern Sweden three people died in a head-on collision amid heavy snowfall in the region.

Parts of northern Spain were met with flurries of snow on Wednesday amid an amber weather warning, causing dozens of flights to be cancelled at Bilbao airport.

Further north, Danish media reported that an army personnel carrier with caterpillar tracks had been dispatched on the Danish island of Bornholm for the first time in five years.

Earlier this week, Rome’s transport system was paralysed by snowfall – it’s first in six years – and the army was called in to help clear the streets.

Flights in and out of Sofia airport in Bulgaria were also cancelled on Monday due to heavy snow.

As of Thursday morning, Swathes of France remain on orange alert, the second-highest weather warning, for snow, ice, strong winds and flooding.

The cold wave is likely to persist until Friday, Meteo France said.

Dozens of deaths so far have been linked to the ice blast over Europe, but the overall figure is unclear.

On Wednesday, nine deaths overall had been reported in Poland, as well as four in France, five in Lithuania, three in the Czech Republic, two in Romania, and one in Italy, according to news agency AFP.

Among the dead included an elderly woman in France who was found outside the gate to her retirement home on Tuesday.

In Romania, the body of an 83-year-old woman was found covered in snow on a street and a 65-year-old man froze to death outside his home. A third person also perished in the cold wave: A 74-year-old woman succumbed to hypothermia after being found unconscious in a dilapidated house.

A further two people died in Denmark and the Netherlands this week. A 54-year-old man suffering from Dementia was found dead under snow in Bornholm, while Dutch police reported the death of a 75-year-old man who fell through ice on a frozen stretch of water, likely while skating.

In Germany, a 38-year-old man was found dead in a frozen river by police. Officials said the man may have walked across its frozen surface until he broke into the ice, and drowned after being unable to pull himself back up onto the riverbank.

In southern Serbia, a man suffering from dementia froze to death after disappearing from his home days earlier.

And in nearby Slovenia, an elderly man died in the cold while collecting wood near the city of Maribor by the Austrian border.

As the cold wave persists across the continent, another threat still lurks over Europe. Storm Emma, pushing northwards from Portugal and France, is set to unleash more heavy snow and strong winds in Ireland and the UK over the coming days.

Irish meteorological service Met Éireann has warned (March 1) that blizzards will extend countrywide late on Thursday as the storm passes, adding that “severe and penetrating frost” as well as gale-force winds will further batter the country. The disruption will continue into Friday.

In the UK, the Met Office has warned that gusts of up to 60mph (97kph) will lead to “blizzard conditions” in the region over the weekend. Yellow (Be Aware) and Amber (Be Prepared) weather warnings remain in place across the country.

Paul Gundersen, chief meteorologist at the Met Office said: “The combination of the snow, very strong winds and resultant drifting will lead to long delays and cancellations of public transport and some roads are likely to become blocked by deep snow, stranding vehicles and passengers.

“We advise people to avoid travel, keep up to date with the forecast and warnings and follow the advice of the emergency services and local authorities.”.

Hover over the images and click the arrow to explore the gallery. 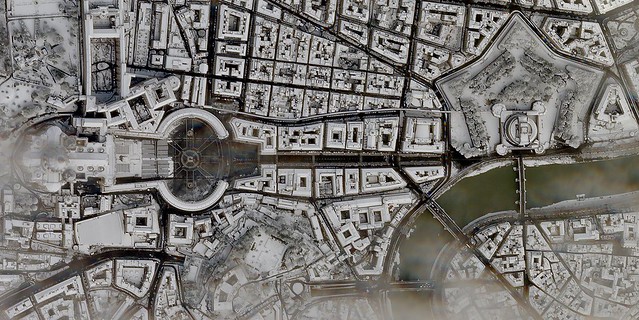