South Korea’s 'Iron Man' Yun Sung-bin won gold in the men's skeleton on Friday, becoming the first athlete from outside Europe and North America to win an Olympic sliding medal.

Parsons became the first British man to win a skeleton medal since 1948.

Austrian Matthias Mayer won gold in the men's super-G, breaking with Norwegian dominance of the event for the first time in 20 years. Switzerland’s Beat Feuz claimed silver, while the event’s old-timer Kjetil Jansrud had to settle for bronze.

Moioli just about managed to get her board in front of the other five riders to clinch the first place by centimetres in a dramatic finale.

It was a disappointing conclusion for American Lindsey Jacobellis who in her fourth Olympics came in fourth place.

Fans threw Winnie the Pooh teddy bears after Yuzuru Hanyu’s performance in the men’s single skate. The Japanese figure skater set an Olympic record in the men's short programme with the second-highest score ever.

Two Swiss freestyle skiers have contracted the norovirus, the Swiss team said on Friday. This is the first confirmed case among competitors.

The International Olympic Committee said the two skiers were not staying at the athletes' village with the majority of the other competitors in South Korea.

So far, the virus has only been contracted by security staff and personnel.

Hover over the image and click the arrows to view more. 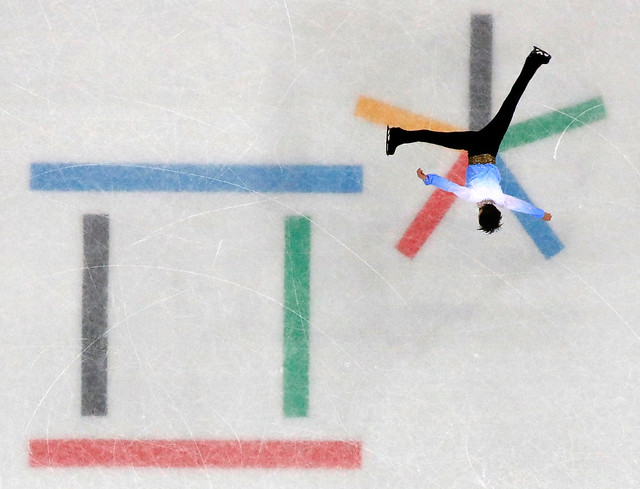