All the groups were looking relatively balanced with no obvious "groups of death" like in previous years.

Group B could be difficult for Iran and Morocco, whereas Brazil, France and Argentina will fancy their chances of making the knockout stages.

When is the tournament?

The football feast, officially called the 2018 FIFA World Cup Russia, is taking place in eleven cities between June 14 and July 15. 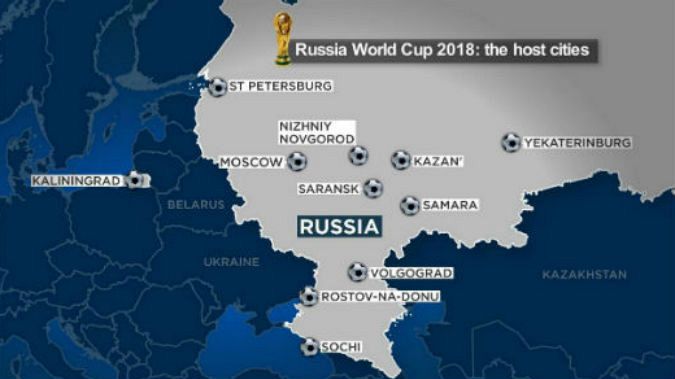 Defending champions Germany, who are favourites to win the tournament, are joined by the likes of Argentina Brazil, Spain, France and England.

The big teams missing in Russia will be Italy and the Netherlands.

Iran came through qualifying unbeaten while Morocco qualified without conceding a goal in its African group.

Iceland, who beat England on the way to the quarterfinals at Euro 2016, will make its World Cup debut, alongside Panama.

How are Russia’s preparations coming along?

Alexei Sorokin, chief executive of the organising committee, said preparations were going well and that they were 80 percent ready.

This is despite construction delays on a new stadium in Samara.

He insisted the economic sanctions imposed on the country after the annexation of Crimea was not affecting the cup’s organisation.

“Neither the sanctions nor any other factor have succeeded in having an effect on the preparations,” he told AFP. “Until now, nothing has been put in our path.

“We have not had any cuts in the infrastructure programme, which the government put in place several years ago.

“Our final objective is that each supporter, foreign or Russian, feels good and secure. And that they leave Russia having had a good experience, which they will remember.”

There are fears of violence among supporters after Russian and English fans clashed during Euro 2016 in France.

The fighting happened in Marseille and left 35 people, mainly England fans, injured, some of them seriously.

There was more violence after both teams played a 1-1 draw in the city’s Stade Velodrome when around 200 Russians rushed the English supporters’ section.

One Russian hooligan has since told AFP news agency the fighting against the English was “like beating Brazil at football.”

He added: “It was our last chance to show ourselves before the World Cup because we knew Putin would crack down hard to make sure nothing like that happens in Russia.”

Russia has attempted to tackle the problem by doing background checks on those seeking to buy tickets.

There have also been reports that Russia has been successful in tackling domestic hooliganism and has placed known troublemakers under house arrest.

“British fans love to drink a lot, we know that and I can’t guarantee safety if fans are really drunk and offensive,” Karzov said. “We can’t guarantee everything’s going to be OK in that case.

“I would recommend making sure that you don’t drink a lot when you’re in Russia. It’s OK to have a pint before or after the game.

“The security services will have a high level of control in Russia so they will try to make sure that people are not drunk.”

Euronews' live coverage of the draw