Robert Mugabe became Zimbabwe’s leader after the country gained independence from the United Kingdom in 1980. He was first elected as Prime Minister and then President in 1987.

Despite his age and mounting concerns about his health, the Zanu-PF leader said, at least until recently, he had no plans to quit, even if first lady Grace, was being lined up to take over.

Feared and respected, Mugabe came to power in 1980 when Zimbabwe won independence from Britain. He first came to prominence after waging a bloody guerrilla war against the African nation’s former colonial power. In 1964, he was jailed without trial for ten years for “subversive speech”. 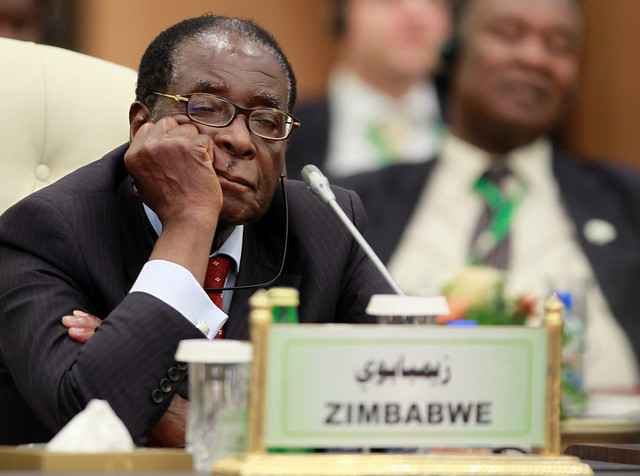 Blamed for destroying the economy, the former school teacher’s increasingly authoritarian rule has been overshadowed by bloodshed and persecution of political opponents.

The country was once described as Africa’s breadbasket, but last year some 4 million Zimbabweans needed food aid.

The army denies a coup has taken place, but the military intervention comes after a recent wave of political infighting inside the ruling Zanu-PF.

However, today (November 21), Mugabe resigned as president of Zimbabwe.