Five-times European Champions Barcelona re-wrote the Champions League history books on Wednesday night when they became the first team to overturn a four-goal, first leg deficit in the last 16 stage to reach the quarter-finals.

Paris Saint Germain won the first leg 4-0 two weeks ago in the French capital but in a thrilling encounter at the Camp Nou, Barca turned the tables with a 6-1 victory.

Luis Suarez opened up the scoring for Barca while an own goal by Layvin Kurzawa gave the Spaniards a glimmer of hope.

Lionel Messi hit Barca’s third from the spot on 50 minutes to set up a thrilling finish to the game. 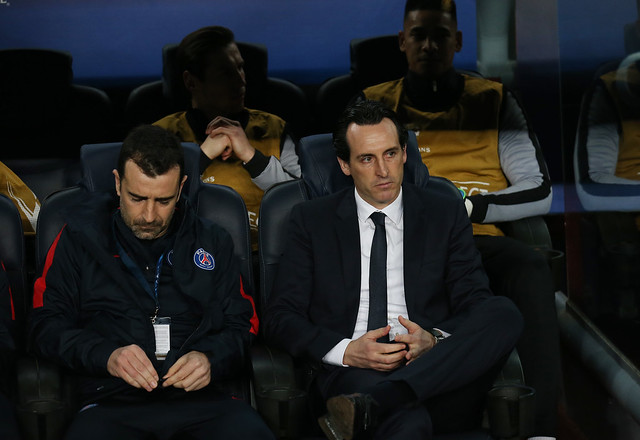 At 3-1 down and two minutes left PSG looked to be heading for victory with Barca needing three goals to go through.

But a late Neymar double (one coming from a very controversial penalty decision) and a Sergi Roberto fifth-minute stoppage time goal handed the Catalan giants an unbelievable comeback victory.

Elsewhere Borussia Dortmund progressed the quarters thanks to a 4-0 win over Benfica, who won the first leg 1-0.

Gabon international Pierre-Emerick Aubameyang scored a hat-trick while Christian Pulisic scored the other goal as the 1997 European champions progressed 4-1 on aggregate.

It’s the third time in 10 years the German side have made it to the last eight of Europe’s top club competition.