Cancelling Hungary’s bid to host its first ever Olympic Games. This is the aim of a movement of young Hungarian activists, called Momentum Movement. Around 300 activists are collecting signatures for a local referendum against the Budapest 2024 Games. Some 50,000 signatures have been collected in the first five days of their one-month-action.

Hungarian society is divided on the issue. A survey published last October revealed that 53% of Hungarians were against the Budapest Olympics, while 41% wanted Budapest to organise the 2024 Games. The latest available figures show little change: 51% against and 46% for. If Budapest alone were polled the results would be different.

“The extremely high costs of Olympics should be spent on healthcare, education, transport, housing and livelihood,” says Hajnal. The young activist is studying philosophy, politics and economics at the University of Oxford. He wants to return to Hungary after his final semester and feels Budapest’s Olympic bid is important enough to fight over. 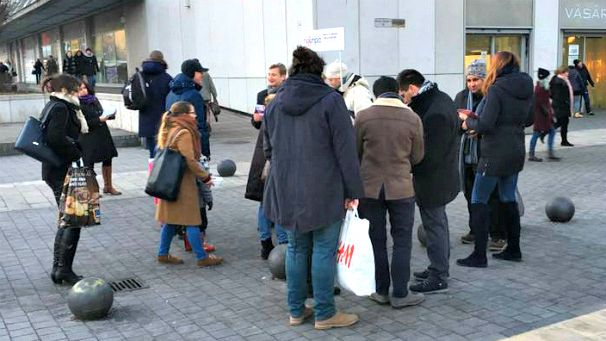 Around half of Hungarian people want Budapest to organize the 2024 Olympic Games, believing such an event could help the nation come together stronger. They want to see Hungarian swimmers, water polo players, kayak-canoers and fencing athletes to win medals in their own capital, Budapest. They also hope that the Olympic Games can boost infrastructural developments. The other (almost) half of the nation is against Budapest’s bid because of fears over high costs and extensive corruption. The State Audit Office of Hungary has also issued warnings of the risk of corruption. Opponents are sure Hungary would be the “next Greece” if it goes on to organie the Games, claiming the Hungarian economy is too small to bear the high costs. They are sure that many investments such as the velodrome or baseball stadiums will lie idle after the Games. Neither are popular sports in Hungary.

An initiative for a national referendum failed last year, which is why a local referendum could provide Budapest residents the chance to stop their city’s bid, Momentum Movement claims. It will be a big challenge for the 300 young activists to collect 138,000 verified signatures among 1,3 million potential Budapest voters within 30 days. Their aim is actually higher, to obtain 180,000 signatures (14 % of the capital’s population) to ensure thy’ve collected enough verified names.

The question is: “Do you agree with the idea that the municipality of Budapest should withdraw its candidature for the organisation of the Olympic and Paralympic Games in 2024?”

The activists behind the street desks are busy collecting signatures in 25 locations across the city and are even asking supporters of the Games to sign their initiative anyway, so that everyone can have their choice in a referendum. 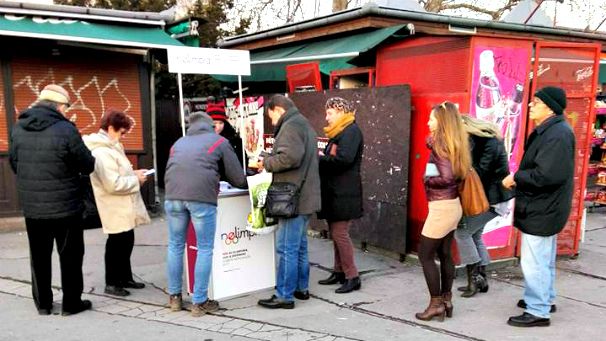 The ruling party Fidesz is not afraid of the young activists’ action. They hope the Momentum Movement’s initial enthusiasm will dissipate.

The Momentum Movement is a new political organisation in Hungary, established in 2016. They are a small but a loud community with 300 mostly young politically-minded members who are unafraid to criticise the government and Prime Minister. While stopping the Budapest Olympic bid is their first initiative, in the future they want much more: to oust Viktor Orbán and his ruling party, Fidesz.