After one of the nastiest and most divisive election campaigns and one of the rockiest transition periods in modern American history, Donald Trump will be sworn in as the 45th president of the United States on Friday.

The main events start around 3:30pm CET and you can follow live, including the entire inaugural address at www.euronews.com/live or on our mobile app.

Where does the inauguration take place?

The ceremony that marks the start of a president’s term in office every four years has been held in Washington, DC, since 1801, when Thomas Jefferson, the third president, was inaugurated. The first inauguration following the election of George Washington took place at Federal Hall in New York, located on Wall Street but the city was deemed too noisy and inconvenient.

Two inaugurations – William Howard Taft in 1909 and Ronald Reagan in 1985 – were moved inside the Capitol building because of cold, wintry weather. 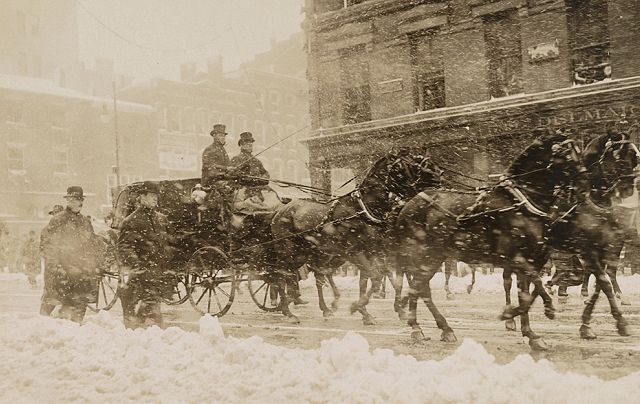 What happens on inauguration day?

The only event required by the US Constitution is the swearing-in of the new president at noon. With a recitation of the Oath of Office, the president-elect becomes the president and commander-in-chief.

About 15 minutes before the swearing-in, the incoming vice president in sworn in first. The reason is that if the new president dies at this very moment, the vice president stands ready to succeed him.

Over the years, various traditions have arisen that have expanded the inauguration from a simple oath-taking ceremony to a day-long event, including parades, speeches, and inaugural balls. 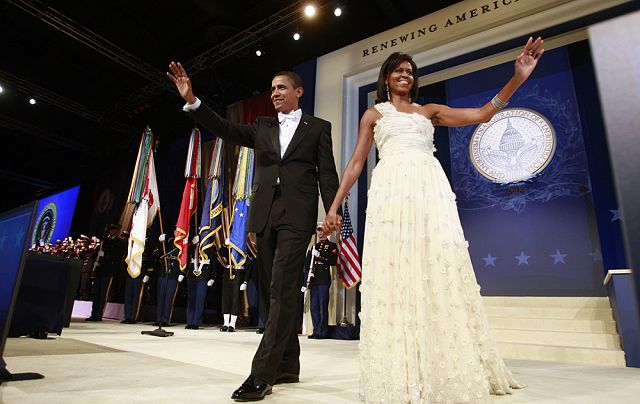 What is the Oath of Office and who administers it?? 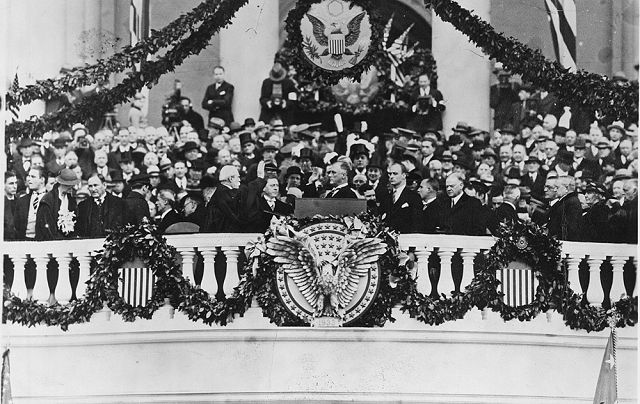 President Theodore Roosevelt is sworn in by Judge Fuller before an enormous crowd in Washington, D.C., U.S. March 1905

Presidents usually take the oath with their left hand on a Bible, but that is not required by the Constitution. Franklin Pierce (1853) and John Quincy Adams (1821) swore their oaths on law books. Lyndon Johnson used a Catholic missal found on the airplane in Dallas. Theodore Roosevelt (1901) used no book. And Dwight Eisenhower (1953), George H.W. Bush (1989) and Barack Obama used more than one Bible.

*Videos: one ceremony, many different styles ?*