A Chinese monkey described as “king of the prophets” tipped Donald Trump to be the next US president last week.

Wearing a yellow shirt emblazoned with his name –
Geda – the simian seer was given the chance to pick between bananas at the Shiyan Lake Ecological Park in Changsha County.

The fruit was strategically placed beside life-size cut-outs of Trump, the Republican candidate, and his Democratic challenger, Hillary Clinton.

After what is described as “deliberate thought”, the mystic monkey – whose name means “knots” or “goose bumps” – chose Trump.

He sealed the deal by congratulating the cardboard candidate with a kiss on the lips. 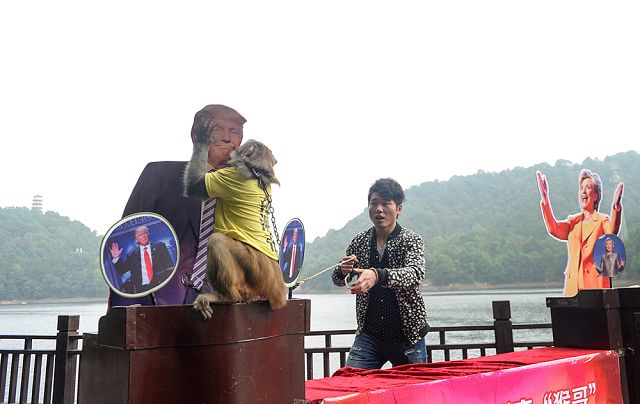 Does Geda have a good record?