Ahmad al-Faqi al-Mahdi has been found guilty of war crimes for destroying historical sites in Timbuktu during the conflict in Mali in 2012.

He has been sentenced to nine years in prison by the International Criminal Court in The Hague.

“Your initial reluctance to commit the crime and steps you took to limit the damage costs and – even of limited importance, your good behaviour in detention, despite your family situation – taking into account all these factors, the Chamber unanimously sentences you to nine years of imprisonment,” Judge Raul Pangalangan told the court.

Ancient buildings and manuscripts were destroyed during jihadist attacks in Timbuktu 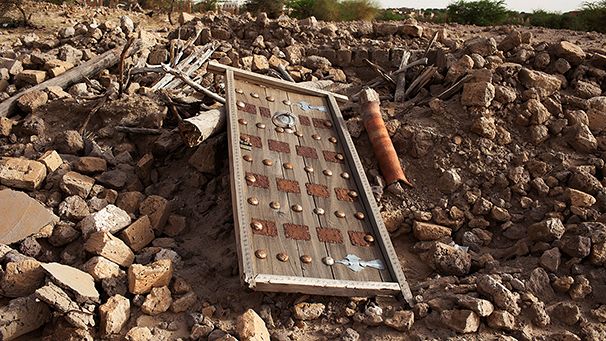 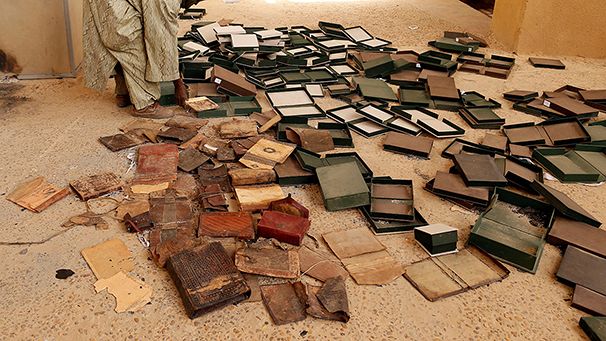 Mahdi admitted the charges of involvement in the destruction of historic mausoleums in the North African city.

Prosecutors say he led a group of religious police using pick-axes and crowbars who destroyed nine mausoleums and the door of a mosque, taking part himself at times.

How significant were the sites?

Most date back to Mali’s 14th-century “golden age” as a trading hub and centre of Sufi Islam.

The branch of the religion is seen as idolatrous by some hardline Muslim groups.

During his two-day trial in August, Mahdi asked for forgiveness.

He said he had been “swept up in an evil wave” by al Qaeda and the Ansar Dine Islamist groups that had briefly seized control of the ancient sites.

As part of a plea agreement, the prosecution and defence requested a sentence of between nine and 11 years in prison.

However, the judges were free to ignore the recommendation and could have handed down a sentence of up to 30 years.

How unusual is this?

It is the first case in which the International Criminal Court has focused on cultural destruction as a war crime.

How many people has the ICC dealt with in total?

39 individuals have been indicted since the court began operating in 2002.

The court has handed down three convictions and acquitted one defendant.