The African Union (AU) has finally issued the first copies of the African passport, a flagship project of Africa’s Agenda 2063 with the view to facilitate free movement of persons, goods and services around the continent – in order to foster intra-Africa trade, integration and socio-economic development.

But, we’ve been overwhelmed by requests, and enquiries of other Ministers, officials, and Africans citizens to share in this privilege of holding an African passport.

The passport are currently issued to Heads of States and diplomats and is believed to have high security features. The first recipients were Chairperson of the African Union, Idris Deby Itno and Rwandan president Paul Kagame.

The document has five languages used for inscriptions on it, English, French, Arabic, Portuguese and Swahili.

The African Union logo is sandwiched between two sets of inscriptions. ‘‘African Union’‘ translated into the other four languages at the top and below the logo ‘‘Diplomatic Passport’‘ with corresponding translations. 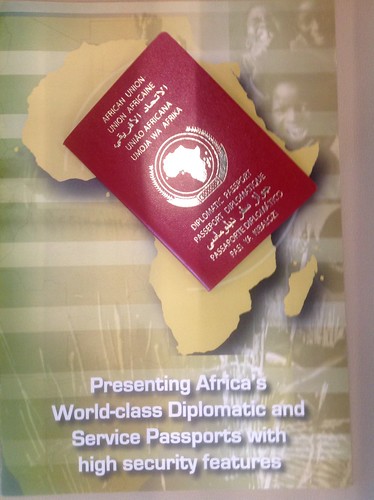 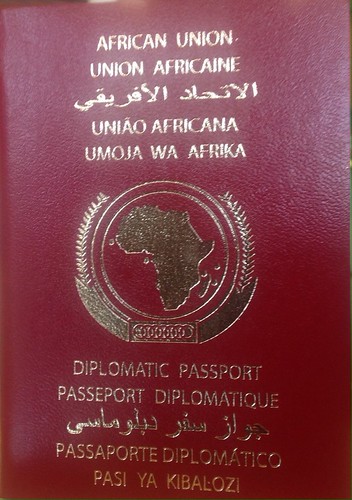 Other heads of State would be issued with copies in due course as well as diplomats and foreign affairs officers.

The outgoing AU Chairperson said about the passport, “At the Summit in January 2016 this year, you decided that we must launch the African Passport. We are making this start with our Heads of State and Government, with Foreign Ministers, the leadership of the RECs and Organs.

But, we’ve been overwhelmed by requests, and enquiries of other Ministers, officials, and Africans citizens to share in this privilege of holding an African passport.

We will therefore suggest to the Summit for consideration, as we launch the African passport today, that we agree to create the conditions for Member states to issue the passport to their citizens, within their national policies, as and when they are ready.

Our teams during the cause of the two days shall capture the details of other Excellencies Heads of State and Government, so that you too shall receive your African passports,” she concluded.