A Swedish report on global arms sales ranks defence firms from the United States and Western Europe as dominating the industry.

Data published by The Stockholm International Peace Research Institute (SIPRI) shows sales of military equipment by Russian firms were up in 2014 and accounted for one-tenth of total sales on the list. The top Russian seller was Almaz Antei. The country had two new entries into the Top 100: High Precision Systems and RTI.

Lack of data prevented Chinese companies from being included.

US defence company Lockheed Martin is at the top spot. Its arms sales grew by 3.9 per cent in 2014. The company came in ahead of US rival Boeing and the UK’s BAE Systems.

The report shows sales of arms and military services by the top 100 arms-producing companies was worth more than 400-billion US dollars. 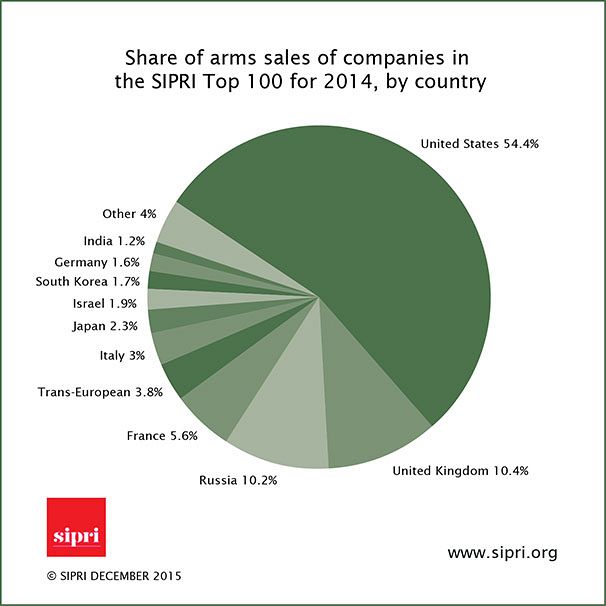 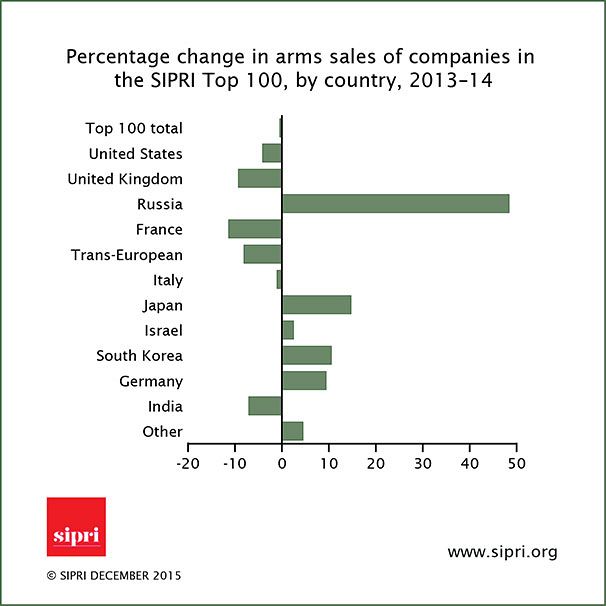