Protesters have marked the Mexican president’s second anniversary in office by smashing up shops and attacking banks and restaurants in the capital, in an explosion of anger at the abduction and apparent murder of 43 missing students. 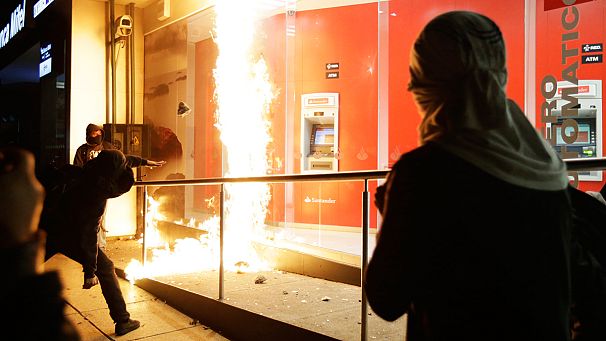 Scores of riot police struggled to control the situation in Mexico City and several people were injured.

It is now more than two months since the trainee teachers disappeared after clashing with police in the southwestern city of Iguala.

Police and local officials have been arrested in the case of the students but many blame
those at the very top, denouncing a system of corruption and collusion between authorities and organised crime.

President Enrique Pena Nieto has pledged major law and order reforms but his promises have fallen on deaf ears among those demanding justice.

His popularity has sunk amid concerns about his handling of security problems and corruption, polls show, in a sign that Pena Nieto’s ruling party could lose ground in elections next year.