A Honduran beauty queen has been found murdered just days before she was due to compete in the Miss World pageant in London, police said on Wednesday.

The bodies of Maria Jose Alvarado, 19, and her sister Sofia, 23, were found buried near a river in the mountainous region of Santa Barbara in western Honduras, said Leandro Osorio, head of the criminal investigation unit.

Alvarado, a student who aspired to become a career diplomat, had been due to take part in the Miss World events that start on Thursday and culminate in the final in London on Dec. 14.

She and her sister had been missing since Thursday, when they were seen leaving a party in a car without a license plate in Santa Barbara, a coffee-growing region where drug gangs are active.

“I can confirm that the Alvarado sisters were found … We also have the murder weapon and the vehicle in which they were transported to the site where they were buried,” Osorio told local television.

Interior Minister Arturo Corrales told Honduran media that Plutarco Ruiz, the boyfriend of the beauty queen’s sister, was responsible for the crime. Police arrested Ruiz and another man on Tuesday, confiscating two pistols and their pick-up truck. 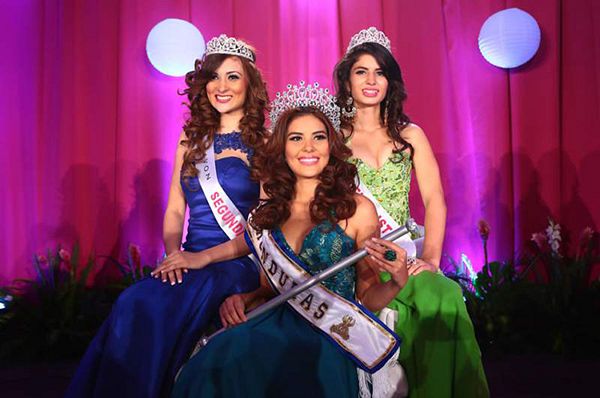 Honduras is the world’s most violent country with a murder rate above 90 people per 100,000.

Drug cartels use Honduras as a staging post for U.S.-bound cocaine from South America, aggravating violence in the impoverished Central American nation that has helped spark a surge in illegal immigration to the United States.

Last April, Alvarado was crowned Miss Honduras World 2014, beating 18 other contestants to the top spot. She could not live without lip gloss or the Web site Wikipedia.org according to her official bio on the Miss World competition page.

The daughter of a lower middle class family from Santa Barbara, Alvarado had worked as a model for local department stores.

Julia Morley, chairman of the Miss World Organisation, which began in the United Kingdom in the 1950s, said the group was “devastated by this terrible loss of two young women, who were so full of life.”

The organization would say prayers for the dead women in a service on Sunday and hold a fundraiser to donate money for a children’s home in Honduras chosen by their mother, she added.