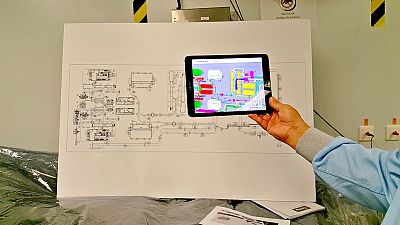 Virtual and augmented reality is not all fun and games. This technology has actually come to be quite useful in many different industries and sectors. Here is a list of 5 unexpected uses of virtual reality.

Virtual reality could ‘transport’ juries directly into the crime scenes or to the moment of a crime itself.

This kind of immersive reconstruction helps to answer decisive questions in the courtroom: could this person really have reached for the gun from where he was standing? Could someone really have come in through that window without being seen? And so on. Through detailed reconstruction of locations or events, juries are able to make a decision based on what they experienced themselves, rather than simply listening to witness accounts. This promising application of VR is being researched and developed by different European institutions. The Institute of Forensic Medicine at the University of Zurich in Switzerland has presented a low-cost system that allows interactive visualisation of crime scenes.

Similarly, a project at Staffordshire University in the UK, in collaboration with the UK Police Forces, also looks at developing alternative way of presenting crime scenes through virtual reality.

Satellite manufacturers are increasingly using virtual reality in the assembly of their new spacecraft. Euronews visited aerospace manufacturer Thales Alenia Space in Spain to find out how they use VR in the assembly of satellite equipment. Before, technicians were guided by a 2D map to assemble each space component onto a rig. Now, thanks to augmented reality, they put on a pair of glasses and are able to immediately see exactly where the components should be placed on the actual rig. This saves them a lot of time and paper, and it also helps them to be much more precise, having all the information they need before their eyes and having their hands free to assemble the pieces. Furthermore, using the tablet (as you can see on the video below) the technician can have a better idea of what the final product will look like before even beginning to assemble it.

Maybe we can hope for something like this to come with flat-pack furniture instructions.

European researchers are transforming archaeological and cultural sites into 3D environments, to be explored in VR. This project has recently been featured in Euronews’ Futuris science research series, which you can watch below.

Researchers capture the images of the sites using drones, which allows them to easily access places that would otherwise be hard to reach. The site itself and the artefacts found are then reconstructed into a detailed virtual environment. The user can explore the surroundings and interact with the artefacts as they find them. This tool has a great potential for archaeological research but also gives the general public a unique opportunity of exploring these sites which not everyone can get access to.

A virtual reality tool has been designed to help in data management and analysis. It takes visually dull data and transforms it into an environment where all components have a certain shape, size and colour. This helps the user to quickly identify what s/he is looking for and interacting with these objects in an instinctive manner: grabbing, sliding, pointing etc. Thanks to this tool, rather than sitting at a desk and looking at a screen, users will perform their task in a much more dynamic and exciting manner using the 3D space around them.

Different VR experiences have been specifically designed for medical treatment and can help relieve certain pain and distress caused by cancer, burn wounds and routine medical procedures. It has also shown initial evidence of relieving chronic pain symptoms. Through immersion, VR shifts the mind & body’s attention from the present to a virtual environment, acting on our neurobiological mechanisms. Rather than perceiving pain or anxiety the body interacts with its new surroundings. According to the Center for Disease Control and Prevention, in 2015, more than 29,000 people overdosed in the US from prescription pain relievers, such as opioids and benzodiazepines. . The prospect is that VR will eventually present a non-pharmacological alternative to the treatment of pain.