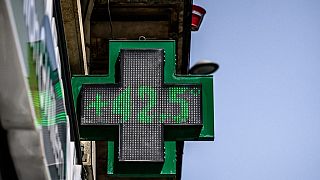 A blanket of hot air stretching from the Mediterranean to the North Sea was bringing much of Western Europe its first heat wave of the summer, with temperatures on Friday exceeding 30 degrees Celsius from London to Paris, Madrid and Rome.

Italy continued to bake in unseasonably hot weather. By mid-morning in Rome, temperatures were at 33 degrees Celsius, and by midday, temperatures scaled up to 37 degrees.

According to Italy's Civil Protection, an orange heat alert, the second-highest level, was issued on Friday for many Italian cities like Turin, Perugia, Florence and Brescia.

The many risks concern the elderly, children and pregnant women, who are the most vulnerable.

In Rome, tourists could be seen continuing to visit the city but stopping by fountains to fill water bottles and cool down. This weekend, temperatures are expected to reach 38 degrees in the country.

Meteorologists say this unusually early heat wave is a sign of what to expect as global warming continues, moving up in the calendar the temperatures that Europe would previously have seen only in July and August.

Locals and tourists out and about in Madrid on Friday struggled to cope with the heat as thermometers hit a sweltering 38 degrees Celcius.

In France as well, some 18 million people woke to heat wave alerts on Friday, affecting about a third of the country. Temperatures have plummeted all week and passed 37 degrees in the southwest region.

Forest fire warnings were issued from the southern Pyrenees to the Paris region.
Nighttime temperatures are also unusually high and the heat is stretching to normally cooler regions in Brittany and Normandy on the Atlantic Coast.

The country has introduced numerous measures to cope with extreme summer temperatures, following a deadly heat wave in 2003 that killed about 15,000 people.

A climatologist at the national weather service Meteo France told public broadcaster France-Info that temperatures are expected to break several records, linking it to climate change.