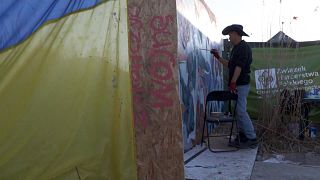 Over 2 million Ukrainian refugees have entered Poland, according to UNHCR

By 23 March, more than 10 million people had been forced to flee their homes due to war in Ukraine, many displaced inside the country and more than 3.5 million as refugees abroad.

Within three weeks, more than two million refugees from Ukraine have arrived in Poland.