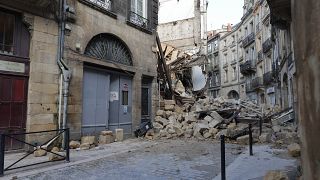 Three people were injured, including "a 28-year-old man with very serious injuries", in the collapse of two buildings in the old town of Bordeaux on Sunday night.

A few days earlier, another building had collapsed not far from there. The firemen accompanied by dogs searched in the rubble for more than six hours, in search of victims.

The operation was completed in the early hours of the morning, around 6 am.

One of the two buildings was in renovation at the time of the disaster due to dilapidation, but the other was occupied by nine people.