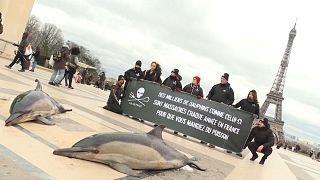 Sea Shepherd France is calling for an end to fishing methods that are believed to accidentally kill the mammals.

The organisation said the dolphins had been found on Monday on France's west coast.

It claimed 11,300 dolphins were accidentally captured last winter in the Bay of Biscay.