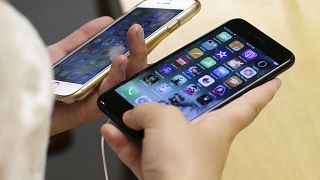 Germans may have to pay a €25 deposit on every smartphone or tablet under new proposals to stop used devices ending up in landfill or being sent to poorer countries.

The German Green party wants to make retailers ask for a deposit every time they sell a new electronic appliance. The money would be returned to the buyer when they bring the device back for recycling.

The average European throws out 20kg of electrical waste a year - roughly equivalent to two microwaves. However less than half of it is collected for recycling. The total weight had been compared to a 10m-high brick wall running from Norway to the heel of Italy.

Why are they proposing this?

The idea is one of 20 proposals for cutting electrical waste that will be debated in the Bundestag next month. Another suggestion is a “right to repair”, which would force manufacturers such as Apple and Samsung to design their gadgets in such a way that they can be easily and effectively fixed in independent shops.

For every 100 new devices sold in Germany each year, only 45 or so are collected to be broken up and recycled, far short of the EU’s target of 65.

The electronic device deposit is based on the Flaschenpfand, a scheme under which Germans can re-coup up to 25 cents on each can or bottle that they use by taking it back to the shop they bought it from.

Could it be successful?

Considering the success of the bottle scheme, it could be potentially very popular in Germany. Retailers, including online platforms such as Amazon, are already obliged by German law to accept old electronic gadgets that they have sold back for recycling, but the rule is little publicised.

The Green Party points to the example of Switzerland, where cinemas have screened adverts for electronic recycling and the collection rate is nearly twice as high as Germany’s.